Posted by G-Man on February 17, 2010
An interview with Sóley of Seabear

In two weeks time if you are wandering aimlessly around HMV (or hopefully your local independent record store) looking for new music trust me and take a punt on We Built a Fire by the amazing Icelandic band, Seabear. Luckily enough I was able to catch up with Sóley Stefánsdóttir for a few words on their tour, Eurosonic success and the new album.

The G-Man: You guys really seem to have gone down a storm at Eurosonic, a festival renowned for announcing exciting new talent to the world, yet you are just about to release your second album at the end of February/start of March. Is it strange to have been touring/recording etc. for so long and suddenly to be billed as a "new" band?
Sóley: No I don´t think we think it that way. It´s more that the new record has a new sound and that is because we all seven participated composing it and playing it. Though we have been touring and playing together the last 3-4 years I think we are still figuring everything out and leting people know (about) us. I think we are still a new band in that way.

In saying that it must be very exciting knowing that a whole new audience awaits you? What do you personally hope to achieve, if anything other than the sheer joy of it, from playing festivals such as Eurosonic and also the (now world famous) SXSW festival in Texas?Yes the coming months are very exciting for us. The new album is coming and we are ready to go out and play it. I´ve noticed loads of more fans (as on facebook, myspace and youtube) lately and that just makes us more excited to go on tour. Personally I just hope that we will do a good job, play good concerts, have fun (of course) and hopefully get more people interested in the music. Eurosonic was fun and we are really looking forward going to SXSW. The best thing would be more festivals in the summer!

The Belfast band And So I Watch You From Afar were another band that made headlines at Eurosonic. I know they are a very different style of music to yourselves but did any artists/bands particularly impress Seabear at Eurosonic?
We were interested in seeing The XX but it was the same night we were playing so we couldn't make it there. The night after we had a lot of fun with our Icelandic friends FM Belfast, at their concert. That was it for the festival.


We Built a Fire is expected out here in Ireland on the 26th Feb. Seabear of course originally only consisted of Sindri alone. How many of the current members were involved in the recording of The Ghost...? How different was it to have seven different perspectives on the songwriting/recording process? It must be far more chaotic on the tour bus too?! On the album The Ghost That Carried Us Away all the current members, except for me, played on the album. But still it was Sindri's songs and all the members added their parts to it. Also I think everybody started as session players and then all of a sudden they joined the band. Then I started when the band needed a sub for the violin, because Guggý the violin player currently lives in Holland. After that we were seven. It´s easy to add people in a band and then you have to make something with it. The new album took a long time (but we took long breaks in between recording sessions). The reason might be because we are seven, but still we didn't finish the album until we were happy about it. Now we are, so maybe this long time was worth waiting after all. There is a rule for the tour bus, everybody has to be friends because it´s kind of like your family while touring. So chaotic can be cozy as well if you just think of it that way. 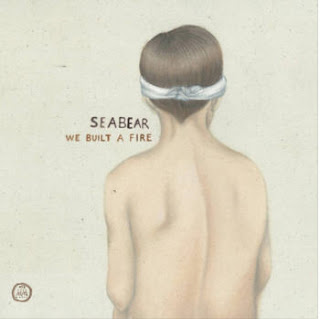 I have spoken previously to Candian band Elliott Brood regarding both the quantity and most importantly the quality of bands that Canada has been producing in the last 5 years or so. With Sigur Ros, Múm, Amiina, Emilíana Torrini and now Seabear Iceland is staking its own claim as a major exporter of high quality artists. Would you agree and is there any other acts that we should keep our ears open for?Mhmm of course, these bands/artist have been doing good things for the Icelandic music scene and all over the world last years and I hope that the musical/art scene will grow even bigger in Iceland so the Icelandic art will keep spreading the word out. We have a lot of good bands here. Our drummer, Kjartan, is playing in a very, very good rock-band called Kimono. Late last year they released an album called Easy Music For Difficult People. FM Belfast are doing well right now. Örn Ingi, our guitarist, plays bass in a sweet, cool band called Skakkamanage. Hudson Wayne is a great band, (and have) just released a new album “How Quick Is Your Fish”, they are coming with us on the Germany tour in the end of February. I could keep on for hours. You can start with these bands?


As you have already said you have a tour of Germany booked for February before your shows in Texas but nothing from March. Obviously a major part of playing these type of festivals is to make contacts, get more bookings, play more festivals etc. but it must be tough trying to arrange a Summer tour when you are still uncertain of what success you may have at these shows. e.g. why book a tour of Spain for all of August when your success at SXSW may allow you to book a tour of all of Europe for July, August and September. Is there a European tour currently in the pipeline and, if so, will there be an Irish date?!
After the Germany tour we go straight to play SXSW and then we are touring the U.S. east coast and a few dates in Canada and that is that for March. So for this spring we are really busy I have to say. After the show at Eurosonic we got offered to play at festivals this summer so there might come some good festivals in the summer. And YES there is a Euro tour in the pipeline - we are coming to Europe from 1st-22nd of May. The venues/cities have not been confirmed yet but hopefully we can announce that tour in coming weeks. Hopefully we´ll come to Ireland!

Now that ye have a pretty full tourbus what kind of fun do ye have to try and pass the time? Friends of mine "perfected" an odd game that involves a table, a coin and your fingers, applied some very specific rules and named it Peggle. It is kinda stupid to be honest but it sucks you in. Any specific Seabear-invented games/activities?Well there is one game, that the boys use to play, called: mundiru? I´m not going to explain what it is about! We listen to Fleetwood Mac, watch good movies, eat gas station food, and of course think of the tour tattoo. That is most important to find a tour tattoo (The girls don´t have any yet but the boy´s hands are artwork). Other thing, you can call it a game, is to find sushi places in every city we are able to eat sushi. So, (any suggestions for)good sushi places would be great! 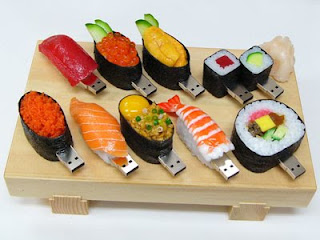 Sticking with the topic of "The Road", Elliott Brood passed on a number of bands that they particularly enjoyed touring with (The Wooden Sky, The Weakerthans & The Hackensaw Boys) over the years. Is there any bands/artists that ye have grown close to on the touring circuit? Any interesting stories?!
2007 we toured with Múm and they are good friends of ours so it was really nice. 2008 we went on tour with a good friend Borko from Iceland and of course that was really nice as well! Now we are going on a tour with Hudson Wayne and that’s going to fun. It´s always fun to get to know people. You know of them in Iceland, because you almost know every single one in the music scene, but then you go on a tour and live with the person for 3-5 weeks in the same bus, no private space, but somehow it never gets boring. I might say that it´s a good way to get to know someone. You kind of have to like everybody. And until now, we love everybody we have toured with. There is another typical tour rule: What happens on tour, stays on tour.

From as long as I can remember until I left home when I was 17, my eardrums were subjected to the soundtracks of Grease, Fame, The Sound of Music and plenty more musicals that my mother had on non-stop on the television when making the breakfast, doing housework etc. Not the coolest "My influences are.." list in the world but they are what made me and formed a huge chunk of where my musical tastes lie, melody being the key word I suppose. What records did ye guys grow up listening to when you were younger and where can us listeners most hear these childhood influences in your music?Now i´m quite sure I can not answer for everybody in the band. When I was a teenager I took this Icelandic period in music: Sigur Rós, Múm, Kimono, The Funerals, Úlpa and so on. Then post rock: Godspeed you! Black emperor, Silver mt. Zion etc. It probably influenced me in a way.

For the band: I know Örn Ingi, the guitarist likes metal. Sindri and Örn wants to cover Bruce Springsteen and me, Örn and Dóri want to make a cover version of the Chris Isaak song “Wicked game”. We will see what happens with the cover song on tour. We all like to listen to Fleetwood mac. I think we all remember Fleetwood Mac since we were small.

After asking the question about "The Road" I find myself unable to shake the the book, The Road, by Cormac MacCarthy (which is now a big, fancy Hollywood movie) out of my head. Any favourite authors or specific books that have made a lasting impression on you?Like before, it´s hard to talk for everybody in the band, last months I have been really busy and not been reading much though. Wait, I´m doing my final essay in the Art academy and it´s about this american sound artist called Max Neuhaus. He was a very interesting artist. For now he takes all the space in my brain. But it´s always nice to have books on tour, to read or to write in.

The easy animals such as 'Aardvark' are always taken quite early so can ye give me a rare animal beginning with 'A' that I can use as back up for the next time I play the game myself? A description of the animal would also be helpful as people tend to try and make up names as well as using mythological beasts!Wow, no never tried that game, maybe it will be our new tour-game. Then we could maybe skip the “Mundiru?” game. Can it be in Icelandic? No, ok. I took an animal trip to wikipedia and I found an animal starting with 'A'. It´s a living creature, lives in Asia and is called “Asian Golden Cat”! I´m sure you´ll win. :)


For more on Seabear visit: