Posted by G-Man on April 15, 2010
Illegal downloading. Whether you do it or not yourself it is certainly true that you know at least one person who illegally downloads music on a regular basis. Of course the argument has been spinning around for over a decade or so now with plenty of pros (e.g. far more people will hear the artists music which is kind of the point is it not?) and cons (it is still technically stealing) that can be argued back and forth until the cows come home, a phrase I always found odd as they do actually come home and on a regular basis...

Rainbows
What cannot be argued/debated is the fact that illegal downloading is here and here to stay. The most startling example of this was the potentially free (as in the downloader could pay whatever they wanted including nothing) release of Radiohead's In Rainbows via their own website. An extremely successful, world-famous rockband make their latest release freely available via their own site and what happens? The album is still illegally* downloaded in the thousands!!!

Adaptation
So how have the record companies and recording artists adapted over the years? Record Companies simply have not. Legal cases, various different methods ofDRM and legal download sites (hey kids, why download music for free when you can download a track for only $0.99!) are the last desperate attempts by an idealess monster to make some extra cash with the onus placed firmly on prevention, moaning and complaining rather than embracing a new age.

“It was sad, like those businessmen who came to work in serious clothes but wore colorful ties in a mad, desperate attempt to show there was a free spirit in there somewhere.”
- Terry Pratchett, a quote from the discworld novel “Making Money”

Embraced
On the other hand a huge number of credible artists have thrived with music from the other side of the globe as easily accessible nowadays as a release from a local artist. It is well known that artists make the majority of their living on the road as they do not see much of album sales after recording costs etc. have been deducted so an illegally downloaded album (that would have maybe earned the artist €3 if I push the boat out) may seem more than well worth the sacrifice if the downloader becomes a fan resulting in the purchase of a €30 concert ticket and/or maybe even a t-shirt or two, with most of the profits seeing their way to the artist rather than the Record Company.

The objective (as worded by themselves)....

"Creative Commons is a nonprofit corporation dedicated to making it easier for people to share and build upon the work of others, consistent with the rules of copyright.

We provide free licenses and other legal tools to mark creative work with the freedom the creator wants it to carry, so others can share, remix, use commercially, or any combination thereof."

What exactly does this mean? There are six main licenses available (which are basically various different combinations of specific conditions) but in a nutshell a Creative Commons license allows an artist to make their work available for free but on their own terms allowing the artist to still retain a certain ownership.

This is up to the artist themselves but one example of a license would be :

This license allows others to download the works of an artist, share the works with others just as long as they mention the artists and link back to the artist. The artists works cannot be changed in any way or used commercially.

Taking a band with a new album as an example this would allow the download of the album for free and the posting of the album on the internet only if a link back to the bands website is provided. If an excerpt from the album is used on a movie or an advert (i.e. commercially) then the band would be entitled to be compensated for this. A remix and release of any tracks from the album (or an inclusion on a compilation) would also see the band compensated for use of their work.

Ghosts
By 2008 Creative Commons had licensed an estimated 130million pieces of work. In the same year Trent Reznor's Nine Inch Nails released part I of the 36-track instrumental album Ghosts I-IV, via Creative Commons allowing a free download of nine tracks, a forty-page pdf accompaniment as well as lots of Nine Inch Nails digital extras such as screensavers etc. which you can still download here. 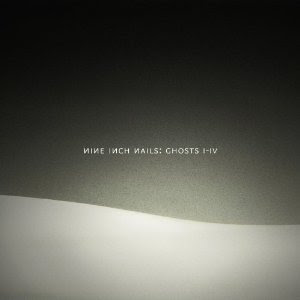 Just in case you think this is a way for major artists to release "B-Side" albums Ghosts was nominated for two grammy awards : "Best Rock Instrumental Performance" and "Best Box Set or Limited Edition Package". These nominations represented the first time music released under a Creative Commons license had been nominated for a Grammy Award.

Break The Chain
The battle-lines have been redrawn between the artist that simply has to create whether he/she likes it or not and the career "artist". Money is the ruination of all things good but, like-it-or-lump-it, until Gil Scott-Heron's revolution gets picked up by HBO or BBC we all need just enough to get by. Ideas/Methods similar to Creative Commons may just provide the balance allowing the artist break free of the Major Record Company chains which have tainted the recording process so often over the years. The aim is to make good honest music. People hearing the music should not be the complicated part.

"To become truly immortal, a work of art must escape all human limits: logic and common sense will only interfere. But once these barriers are broken, it will enter the realms of childhood visions and dreams.
"
- Banksy

*As in via torrents etc. from P2P sites