Road Records Album of the Week 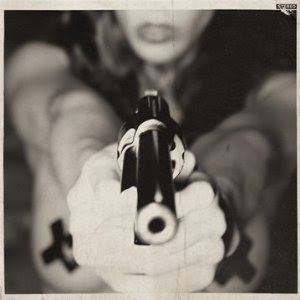 Road Records Album of the Week is Micah P. Hinson And the Pioneer Saboteurs.

"The fourth full length solo album from Texas based singer songwriter Micah P. Hinson. The album features string arrangements by Eric Bachmann and members of Techanko, Devotchka and Crooked Fingers. This is his first collection of new material since the Red Empire Orchestra album back in 2008.

The first thing you will notice about this collection is the truly lush orchestration involved, it's quite a different beast to the totally stripped down sounds of the previous outing. The album kind of hints at times of a folk singer playing the spaghetti western soundtracks of Ennio Morricone with Richard Hawley and Calexico hovering around in the background. It's a really beautiful meeting of rough rustic folk sounds and big blasts of strings and brass.

There are also a couple longer tracks that go into some kind of weird almost psyche folk like noisy jams, almost sounding like Bonnie Prince Billy jamming with Godspeed You Black Emperor. Never one to rest on his laurels Micah P has come up trumps yet again."

Order Micah P. Hinson And the Pioneer Saboteurs for €12.99 from Road Records here.

*Julie and Dave's Road Records, the amazing independent Dublin record store situated on Fade Street, survived a closing down scare at the end of 2009 but, thankfully, with the help of alot of friends, music-lovers and local musicians the shop is now over the worst of it.

Check it out here.

Road Records Album of the Week