July 30th will see Efterklang come to Cork to play their last gig of their current tour which will also be their last live performance for some time as they retreat to the studio to record their fourth full-length album and the follow-up to the 2010 Magic Chairs which appeared on many Best Of 2010 lists.

The core of the band, who hail from Copenhagen in Denmark, is comprised of Casper Clausen, Mads Christian Brauer, Rasmus Stolberg and Thomas Kirirath Husmer but the live show is something else with past tours featuring anything from seven live musicians to a fifty-piece orchestra.

If I had to recommend any show in Cork this Summer it is Efterklang. Not only are their albums, a gorgeous mix of acoustic instrumentation and electronic beats and beeps, some of the most beautiful recordings released (why not pop in to Plugd Records in town and pick up a copy of Parades)  in the past six or seven years but the live show is an awesome experience and a must-see for gig-goers this July.

If I have failed to sell you on the show with the above hopefully my recent interview with Casper  from Efterklang (who so very kindly agreed to answer ten questions) will help change your mind.

Q1. I count myself extremely fortunate to have caught Efterklang live at both Electric Picnic in Ireland and at End of the Road in the U.K. back in 2009. Both shows (especially the latter) were fantastic, full of energy and power and you all really seemed to be enjoying yourselves too. How would you compare the show (i.e. Efterklang and Daniel Bjarnason & Their Messing Orchestra) we will see in Cork in July to the shows that you toured back in 2009?

Yeah those 2 shows felt very good indeed! Well, the two setups are quite different. The concert we're going to perform in Cork obviously includes quite a few extra musicians and a brand new collaboration with the amazing icelandic composer/arranger Daniel Bjarnason. It's been just wonderful working with him. Daniel came up with these new arrangements of songs that we wrote, even a few we haven't played live before. The instrumentation is the 7 piece Efterklang live band, and on top, 4 Sax players, 4 Brass players, a percussionist and Daniel on Rhodes. We (the 7 piece) also tried to mix up and adjust our own roles slightly to be able to welcome this new brass force, and not just have them play on top of what we're usually doing

Q2. When and how did you become aware of Daniel Bjarnason's work and when/how did the idea develop for the five of you to work together?

Well we were aware of Daniel's existence, but had never heard his music, before March last year when we ended up on the same bill in New York. It turned out to be Daniel's release party/concert, for his recent album "Processions". A 16 piece orchestra was literally squeezed in on the small stage, conducted by the maestro himself, a mind blowing experience really! Later that night we had a chat, and it turned out that Daniel also liked what we were doing. At the same time we had just received a more or less open invitation from a Dutch festival for contemporary music called CrossLinx. They asked us to come up and premiere a new project at their festival, in February this year. At the same time, and besides playing concerts as a 7 piece, we were also doing a few massive orchestra project's called Performing Parades, (a 50 piece classical orchestra). With this new option on our hands, we felt like aiming for something closer to the 7 piece band instead, that same kind of power, more "band feel" and a bit less stiff if you like. The result was Efterklang + Daniel Bjarnason & Their Messing Orchestra


Q3. The show that we will see in Cork is comprised of a 17-piece Efterklang which may not seem very big compared to the 50-piece Danish National Chamber Orchestra that you performed Parades with back in 2008. What does it feel like playing with such power behind you and, on the flipside, does it remove some of the spontaneity from performing live?

It feels just wonderful, if everyone could just try that once in their life, it would make the world a better place for all of us.


Q4. The official website states that no more shows will be scheduled until after the fourth album has been completed. Has the writing process begun or will it be a case of starting from scratch? Is the plan to continue on where you left off with Magic Chairs or should we expect something completely different?

It's true, there won't be anymore Efterklang shows this year. Right now we're preparing ourself for the next adventure, and it will indeed be an adventure, that is as much as we know. We have a location and an abstract plan ready, but we've also kind of decided not to put too many directions into it, before we actually are getting started.

Q5. Efterklang always seem to have something else planned be it playing with a National Orchestra or working with Vincent Moon on a movie. Are there any plans made for the next Efterklang project and can you tell us a little about it?

We'll release the final "non-Efterklang" album on our record label Rumraket in August. It's a great closer, brand new album by our current guitar player Daniel James and his solo project Canon Blue. It's an album called Rumspringa and it includes a lot of help from various Rumraket related bands and members.

We are also in the midst of finishing the DVD version of An Island. We have released the film digitally as a Pay-What-You-Want kind of thing and opened for pre-orders of the DVD as well.


AN ISLAND - 2nd TEASER - Vincent Moon & Efterklang from Rumraket on Vimeo.
Q6. There is a lot of layering going on in Efterklang tracks. How do you approach this in the recording process? i.e. Is there a single master vision that has to be laid down exactly or do you begin with a simple piano line for example and build up from there?

Pretty much your last example. In most cases we start a new sketch with a simple line played on a single instrument, piano and drums are my personal current favorites. From there we begin the layering and additional pieces are being added as well as variations of the first line. It sometimes happen that we actually end up getting rid of the first line, and go on with some of the other responding parts instead.


Q7. Was it tough to make the decision to join 4AD and why do you feel you had to make it in the end? What has been different since you started working with 4AD?

Our contract with our former label was up and we asked our dream label if they would like to sign us. They said yes and that made us very happy! We are also very happy about the years and all the records we released on The Leaf Label - it is a magnificent label as well!

Q8. Tell me one thing that you have never told an interviewer before?

Q9. What bands/artists and/or specific albums are Efterklang currently listening to?

I just fell deeply in love with the new Bill Callahan album Apocalypse after seeing him live a few weeks back, SO good! Also the Guardian page with the stream of the new Bon Iver record has been a pretty consistent open page in my browser the last 2 days, another adorable record. On the kitchen turntable Tinariwen's Aman Iman is defending it's pole position


The easy animals such as 'Elephant' are always taken quite early so can ye give me a rare animal beginning with 'E' that I can use as back up for the next time I play the game myself? A description of the animal would also be helpful as people tend to try and make up names as well as using mythological beasts! The Wilderness of Manitoba said 'Degu' (a small rat) to 'D' which was far more imaginative than Megafaun's 'Cougar'.

Nope, I played something similar, just band names instead, but in that game the next player continues from the last letter in the name (Guns N' Roses to scissor sisters and so on), and if the end letter is equal to the first letter you flip the direction and it goes right back to the previous player. Some tips might be: Abba, Evanescence, The Radio Dept. and oh yes Scissor Sisters


How about an Electric Eel? 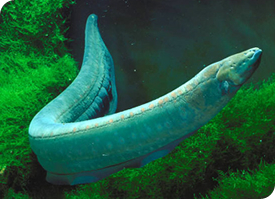