Cian returned to host The Cork Music Show this week with myself and Suzy Bleu hiding in the wings. I did get to chat to Cian about The Quad's closing party and the new Cork Music Show Fight Club (To vote over on PROC click here.) which saw Toy Soldier overcome former guests Bona Fide Federation in the poll resulting in a track appearing on Sundays show. 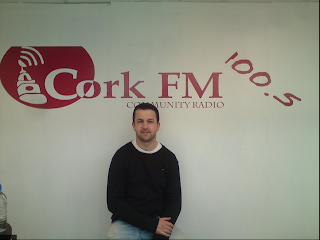 The guest for the week was Gary from Artful Renegade who spoke of Economics, his large forehead and "gear". Gary scored an extremely impressive 5/5 on The Cork Music Show Challenge when quizzed on Nirvana which saw the Artful Renegade frontman come up with an answer of "Toby Vail" in the dying seconds to draw level with Love Street's just as impressive 5/5.

The leaderboard after four weeks currently looks like this :

The full playlist for the show broadcast on Sunday 26th June was :