2011 has been somewhat of a one-way rollercoaster for Little Green Cars: Live appearances at both Oxegen and Electric Picnic, a single released on a record label that houses some seriously talented heavyweights and, just earlier in the week, Adam Little, Stevie Appleby, Faye O'Rourke, Donagh Seaver O'Leary and Dylan Lynch a.k.a. Little Green Cars were confirmed to appear on the tenth season of Ireland's Other Voices.

The fivesome spoke to The G-Man just before their upcoming support slots for Brooklyn indie-kids - The Antlers.

The G-Man: You have released a single on Young and Lost Club, ripped up the Electric Arena at Electric Picnic and are now set to support Antlers on their Irish tour dates - I take it 2011 has been pretty good for Little Green Cars?
Little Green Cars: Yeah it's been a great year for us. We have Other Voices coming up and we're really looking forward to that too.

Bombay Bicycle Club, Noah & The Whale, Everything Everything - what does it feel like to have put out a record on a label that has put out records for such bands?
It was our first ever opportunity to work with a label and a producer so for it to be a label like Young & Lost and for it to be released in the UK was a big deal for us.

Every band needs a break but screw it you make your own luck. In saying that you were still pretty lucky with the quality of producer you had for your record were you not?
Yeah we were lucky, but David Kosten (who has produced albums for the likes of Bat For Lashes, Joseph Arthur and more) liked the music a lot so it was really nice to work with him.

What was he like to work with?
We didn't have a lot of time to work with him; We recorded the single in 2 days. Like I said it was our first time working with a producer so we didn't really know what to expect, but we were really happy with the end result.

Your sound varies from the folkier, alt-countryesque 'The John Wayne' to the poppier 'Glass Case'. Do you feel you are still finding your sound or is the intention to keep on exploring new sounds and touching different genres?
Because there's 5 members in the band and we have a broad range of musical taste, we tend to touch on lots of different styles. We tend not to think too hard about what genre the music falls into, it sort of happens naturally.


I am always impressed by bands where every member of the band can sing. As you obviously know yourself LGC are one of these. Do you feel this is a weapon in your armoury that gives you something a little different/more than many other bands on the scene?
Yeah in the last few years it's become quite an important aspect to our music. We love music with great vocal lines and harmonies.

Usually it is the singer that is most responsible for the lyrics in a band but, referring back to the previous question, that may not be as straight forward for you. Who is the chief lyricist in the band?
Whoever sings the lead vocal, that's the person who has written the words generally. In terms of the single, Stevie was the chief lyricist for the John Wayne. Faye wrote the words for 'Glass Case'.

The band has received some amazingly positive feedback from bloggers, newspapers etc. As you are still so young and relatively new to it all is it sometimes tough to keep your feet on the ground and focus on what has to be done next e.g. record an album, write new songs etc.?
We're focused on writing songs at the moment and we tend to be always working on somthing new. It's always exciting working on new material, so hopefully we'll be able to make an album soon.

The 'The John Wayne'/'The Glass Case' record was released on Young and Lost Club back in July. Is the plan to release another record with the UK label or what is next on the agenda for Little Green Cars?
We have our shows with Antlers coming up this week and the Cobalt gig on saturday, so it's going to be a busy week for us.

As we head towards the end of 2011 how do you feel Little Green Cars have improved as a live band compared to the beginning of the year?
We got a chance to play some festivals last Summer, which was exciting. With the single coming out we got to play to people who didn't really know us which was a great experience, especially our two shows in London.

What do you do to pass the often mind-numbing boredom that touring can bring? Have you invented any particular games to help pass the time?

We haven't actually toured enough yet, but we'll look forward to that problem when it comes! In the next few weeks you are set to support Antlers, both an internationally renowned and acclaimed band.

What other "big" bands have you supported recently and who are the most impressive live?
We really liked playing with Girls, they have a great new album out.


What bands/albums are Little Green Cars currently listening to and what has been your favourite album in 2011?
We all really liked the new Wild Beasts album 'Smother'. Love Odd Future's album too. 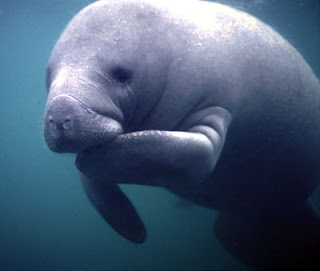 - Little Green Cars play The Academy (Nov. 17th) in Dublin and Cyprus Avenue in Cork (Nov. 18th) this week as special guests for The Antlers.