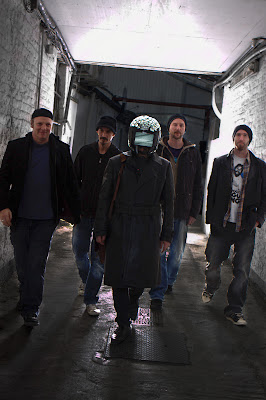 An edited version of the following interview appeared in the Downtown supplement of Thursday, December 15th's edition of Cork's Evening Echo.

The mid-nineties : Dempsey’s Beatbox had evolved into Fanning’s 2TV, the television was more chunky-screen than flat and an impressionable teenager had just reached the peak of his Oasis obsession. Oblivious, the chiming guitar and ticking time-bomb vocals of Whipping Boy’s 'When We Were Young' were about to clock him very hard indeed. The Gallagher records have been gathering dust ever since. Push fast forward on the walkman. Whirrrrr...

'No One Takes Prisoners Anymore'/'Earth’s Last Picture', the double A-side released on FIFA Records (home to Cork’s ageless The Frank & Walters) on December 2nd, is the first new material from Whipping Boy in over a decade. The masterminds behind timeless 1995 release, Heartworm, will team up with effervescent cellist Vyvienne Long in The Pavilion on Saturday night (sans original members Myles McDonnell and Paul Page) to play cult favourites such as 'Twinkle' and 'Tripped'.

A few weeks back, I got the chance to pose legendary frontman Fearghal McKee a couple of questions...

Getting straight to it - am I right in saying you have a new album finished/nearly finished. Is there a title as of yet and where has it been recorded?

No, we just done a double a sided single. [It] takes time to get back into the rhythm of playing and it's great to kick start it again with songs we are proud of. Besides - [we] kinda like the idea of being able to release songs as we write them.


What is the line-up that takes to the road to promote the album once it is released?

If the world hasn't collapsed [by December] it should be the same as the one that took to the road this summer (original member Colm Hassett on drums, long-term live guitarist Killian McGowan, Joey on bass, Finn on guitar and, of course, Fearghal on vocals). The wonderful Vyvienne Long is playing with us this xmas.

What do you get out of playing live with Whipping Boy these days? Is it any different to when you first started and how?

We get to feel like Lou Reed's plectrum - out on the town, having a great time, ending up being played to death only to find yourself recycled as a plugstopper.

Whipping Boy gigs are known for their passion and unpredictability. Was there any particular band(s) that inspired you as regards their live shows when you were growing up? Is there a particular gig you were at where you went "Shit - I want to do that"?

Yeah Throbbing Gristle supporting Steps was a real highlight or catching GG Allin at a U2 concert. Shit would have loved to see that! The most important thing about playing live is to live it.


Friends of mine are songwriters and some of them have got in trouble with other friends, lovers, past lovers etc. over lyrics in their songs being maybe “too truthful”. Over the years you have been incredibly honest lyrically. What do you think?

It's all about the phrasing and the redemption. If you're gonna be a bitch - be a good one.

Has there ever been a time when you thought a lyric has been blatantly obvious who/what you are talking about so have decided to change it?

No. It's all a figment of the imagination created by the situation of dealing with existence in the present tense remembered.

What does it feel like to be releasing some new songs into the world for the first time in more than a decade?

We released stuff last year and it felt great. It's always good to have a release of sorts and this year its the Whip's turn and next years too. We are writing another trilogy.

Why do you think the time is right now?

It's never felt better! The creative energies of change are too powerful to start dwelling
on when the next wave is gonna come. It's now or never.

Is there anything specific you felt you wanted to say with this record?

If it's gonna be about anything it's gonna be a statement about time and recording it as we feel it and sense it. The endurance of a species overcoming a hostile situation against all the odds and finding that they are really at one with the world around them and it's only a dream.

Have the new songs been pieced together over the past few years or did you all go into the studio and begin writing with a clean slate?

We always write with the chalk of experience guiding us to fill a fresh slate.


Have you been listening to any good bands recently?

[There are] some great bands we've played with and seen on our travels and such a diversity
of talent that would make ya wonder what does it take for Irish bands to be listened to;
Bands like Dead School, News for the Deaf, C O'Neill & Co., Sisterlovers, Cold Comfort,
Agitate the Gravel, Toy Soldier,24 Broken Amps, Zombie Computer, The North Sea, Winterking...


There is a benefit concert on this week for the Occupy Cork camp and Billy Bragg played a few tunes for the folks down there a few weeks back. What do you think about the Occupy movement?

We just had a benefit gig against fracking [the procedure of creating fractures in rocks and rock formations by injecting fluid into cracks to force them further open. The larger fissures allow more oil and gas to flow out of the formation and into the wellbore, from where it can be extracted.] here in leitrim to raise awareness as to how they plan to destroy one of the most scenic areas in ireland and contaminate the water supply of the whole country by one of the most toxic methods of gas exploration known to the human race, all for the sake of some multinational corporation throwing a few crumbs accross the table.

No goodness ever came from treating people like bondslaves and if we are to commit the mistakes
of the past all over again in exchange for buying short term gain for our selfish selves then so be it. At least now we have the choice to make that stand and OCCUPY our future for our children and their children - carpe diem.

Are you going to have local bands supporting when you tour?

Yeah Dead School are playing with us this xmas and next year we'll be bringing comedians and bands on an occupy the stage tour.

The million dollar record deals may be a thing of the past but record companies in general are being completely bypassed as young bands produce high quality DIY albums in home built studios. The more I speak to new bands the more I hear that this gives the creative process more chance to breathe and evolve resulting without the pressure of, although a record deal would be nice, a record company breathing down their necks. What do you think of this?

Yeah. I'd rather have a band breathing down me neck than some corporate label. There's nothing creative to be had from business interfering in how music should sound but when ya make that music it's important to approach it with a business head or at least trust someone else to do it for ya and expect the fact that, somewhere down the line, someone's gonna fuck ya over. But hey that's gonna give ya your next tune. 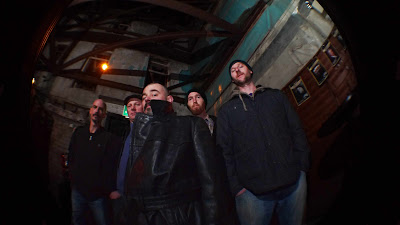 There are also lots of “collectives” i.e. groups of bands that huddle together, forming little musical communities that help each other out, forming all around the country. It is great to see this camaraderie between bands as it is a tough business so only by working together will they have a chance of making it work. Would you agree?

Totally yeah, it's the making of the new business of ideas; That's important. Everyone using their skillset for the benefit of everyone else. Not relying on the old system to validate your existence, go out and make your own. The punk and disco scenes of the 1970s did it. The C90 scene in the 80s did it. The rave scene of the 1990s did it. The gamers did it in the noughties. What can we do now?

If there was one thing you could change, no matter how big or small, what would it be?

The easy animals such as 'lizard' are always taken quite early so can ye give me a rare animal beginning with 'l' that I can use as back up for the next time I play the game myself?

A laughing thrush. Found mostly in the himalayas and south china. They are a member of the old world babbler family who are difficult to observe in the jungle but like other babblers,they are noisy birds whose laughing calls are the best indication they are there.

- Whipping Boy play The Pavilion on Carey’s Lane on Saturday, 17th December and will be supported on the night by Cork rockers Dead School

- Tickets are priced at €15 and can be purchased via the venue or www.pavilioncork.com

- The single ‘No One Takes Prisoners Anymore’ can be purchased in Plugd Records on Tobin Street or on iTunes.