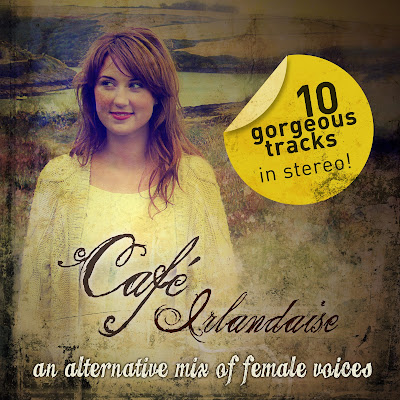 The blog this week has been all about Trumpets of Jericho whose debut album has been streaming away via this link here. Another exclusive for The G-Man blog but mad to think that it has been nearly five months since the blog's first ever album exclusive which of course was Great Expectations from Cork-based Sí. The TOJ stream was not the only post to spin my memory's record player back a few months though as I stumbled across Café Irlandaise, a (relatively) new compilation featuring Sí on track 2.

The 10-track compilation features a blend of unique, Irish female voices who have released (or are releasing) new material recently including Laura Sheeran (who supported Sí on her album launch night), Bona Fide Federation and Low Sea. The Irish Times, the Day & Night e-zine and others have already raved about it and all the compilation is available to both stream and download for free over on the official website.

"This compilation is a celebration of the unique sounds coming out of Ireland at the moment and hopefully it will bring you as much enjoyment as was had, when selecting the artists and tracks."
Café Irlandaise