"Being in a band is just about playing riffs and drinking beer."
No Spill Blood, Ireland's latest supergroup - comprised of Matt Hedigan, Ruadhan O'Meara and Lar Kaye - are next up to play the Triskel's revitalised auditorium with a gig confirmed just recently for the beginning of March having not so long ago taken part in Whelan's Ones To Watch 2012 mini-festival.

There are no official recordings available yet and information on the group is pretty much non-existent so I was hoping Ruadhan O'Meara could fill me in on a few things beginning with :

Who exactly are No Spill Blood?
Myself (Ruadhan O’Meara - Magic Pockets/GuiltyOptics/Crayonsmith), Matt Hedigan (Elk/Hands Up Who Wants To Die) and Lar Kaye (Adebisi Shank).

When and how did No Spill Blood come to be?

Myself and Lar were talking about doing a synth and drums project together early last year. Matt moved up to Dublin around that time, and we all decided to get a jam together. It came together kind of quickly….

What kind of sounds can we expect to hear spilling from the stage when you play Cork on March 3rd?

It's Matt on bass and vocals, myself on synthesizers and Lar on Drums. It’s pretty heavy and driving mostly, lots of low end etc. In terms of comparisons, I think someone said we sounded somewhere between The Melvins and Trans Am, I’d definitely be happy with that!


Was/Is the plan to do something completely different to your current musical projects?

There definitely are recognizable elements from each of our other projects, though I do think it sounds like its own thing at the end of the day. We just do what comes naturally to us really.

If you were each to join an existing band (be it international or national) who would it be and
what would you bring to those lucky people?

I could be a session musician for Michael McDonald, failing that Gilbert O’Sullivan (he’s the Irish Michael Mcdonald).

Lar would defo join Queen, he could be the new Freddie Mercury. Well, maybe the new Paul Rodgers…

Matt is strictly forbidden from joining any other bands, he’s in enough bands already. 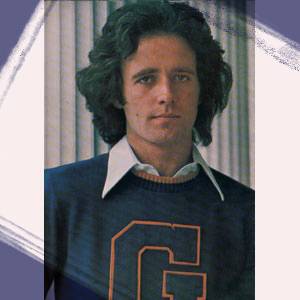 In a world where people are overdosing on information overload, it is refreshing for bands to come along who have limited information available online. E.g. Down here in Cork Trumpets of Jericho do not even have a facebook page (shudder) and Saint Yorda are also pretty mysterious.

No Spill Blood fall into the same category and I feel - although a nightmare as regards preparing for an interview! - this helps add some mystique to our rock bands that is quickly fading. Is this intentional on your part?

Not really, I think it’s just that we’re not in to the bullshit PR aspect of being in a band. I hate writing those stupid third-person descriptions and trying to sell yourself through text etc. It’s definitely better to let the music do the talking, if people like it hopefully they’ll come and see us again.

Mark Kozelek (Sun Kil Moon/House Painters) at a recent gig was asked how to make it as a band and his reply was “delete your facebook, your twitter, your website just practise and play and play and play”. What do you think of the emphasis on getting as much info as possible up online (photos, bios, etc)? Is it gone a little mad?

I think so. There are amazing advantages to these sites, but you do get sick of people talking shit all day just to keep themselves in your feed or timeline.

Bands should be more concerned with not being shit than posting cat pictures all day. I must say though, I do miss myspace…

What irritates you the most about the current Irish music scene and what improvements can be made to rectify the issue?

I can't speak for the other guys, but I do get irked by anyone who has a sense of entitlement that they deserve X amount of success/money/attention from playing music etc. Being in a band is just about playing riffs and drinking beer, anything else you get out of it is purely a bonus.


And what are its strengths?

There are so many quality bands and artists in the country at the moment. Domestic acts are so important right now, as there are not as many touring bands making it over as, say 2 or 3 years ago.

Can we expect a recording soon and, if so, do you have any details you can share with us?

Yes! We have just finished recording an EP, and are just mixing it at the moment. We will post some tunes online once they’re ready.

Between the three of you (hopefully), you must have some fond memories of performing in Cork. Care to recount some for us?

Yeah we’ve all played cork many times in various venues over the years especially Matt, what with him being from there and all…*

I particularly liked those gigs that Ping Pong put on in the place that was obviously a strip club beforehand. The stage was pretty much 2 podiums, and the backstage area was behind a beaded curtain. The Quad was great in it’s day too.

The Triskel in Cork where you are set to play is really buzzing at the moment. Gigs and independent movies in the church, gigs in the auditorium, instores and great records upstairs in Plugd and unbelievable cake, stout and music downstairs in Gulpd café. Have you been to visit yet? How important is such a place for creativity in cities do you think?

Yes, I did a Magic Pockets gig there only a couple of weeks ago. It’s amazing! It’s great to see such a positive initiative like that doing so well. Plugd always has a great selection of records, the Murphys was great too! I’d love to catch something in the church sometime.

- No Spill Blood play the Triskel auditorium on Saturday, March 3rd
- Tickets are priced at €5, doors are at 9.30pm and support comes from Wild Rocket

*Click here to read a recent interview with Elk, one of Matt Hedigan's many other bands, here