Rebels Against the Pipe 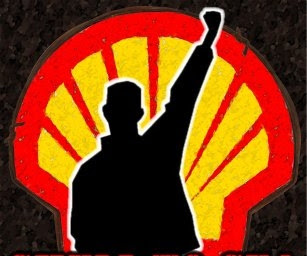 Some of Cork's brightest musical talents will unite at the end of March as part of a fundraiser to help the good folks of Rossport in their campaign opposing the Corrib Gas Project.

Hope is Noise, Lamp, Trumpets of Jericho and Wasps vs Humans have all been confirmed to play The Pavilion on March 29th with the common aim of raising funds to ease the burden of the expected fines facing 19 local people who simply stood up for what they feel is right.

Although plenty more acts are set to be added to the bill, currently confirmed are :


- Art-rockers Trumpets Of Jericho who released their own debut album Songs Like An Alum Ut Its Nor Really which can be streamed exclusively on the blog by clicking here.

Karaoke Queen 09 by Wasps Vs Humans by We are noise

For a brief overview on the situation see the below lifted directly from the official website.

The Corrib Gas Field is a reserve of natural gas situated 80 km off the west coast of County Mayo containing at least 1 trillion cubic feet (TCF) of natural gas. The Corrib Gas Project, directed by a consortium of companies led by Royal Dutch Shell, seeks to bring the gas ashore at Glengad in the Barrony of Erris in North West Mayo and to pump the unrefined gas 9km inland through an inhabited area to a refinery located on a boggy hill where it would be cleaned and depressurized for sale and export. The gas field was discovered in 1996 by Enterprise Oil, operating in a consortium with Saga Petroleum. Enterprise Oil drilled appraisal wells in 1998 and declared the field commercial in early 2001. In 1998 the Corrib Enterprise Oil consortium employed consultants to survey the Connacht coast to find a suitable place to bring the gas ashore. The Enterprise Consortium sought a site to build a gas terminal and in 2003 they purchased 400km2 of state forestry land from Coillte the state forestry agency.


The development concept which the Enterprise Oil Consortium had selected for the Corrib Gas was that of a land based refinery. Instead of processing the gas at sea, the consortium intends to pump high pressure raw gas to an unprecedented inland refinery where it would be processed for sale and consumption. The design concept of an inland refinery was drawn up to facilitate the further exploitation of Ireland’s offshore oil and gas reserves. No other development models were meaningfully explored by the Corrib consortium, nor did the relevant government authorities ask the consortium to seriously examine other models. The main work on the ground began at the refinery site in spring 2005. Preparatory work began at the and attempts were being made to stake out the route of the pipeline.

A recent petition of the 1200 Kilcommon residents clearly showed that the majority do not support the project in its current form. Even Shell's Andy Pyle has admitted that 'this project cannot proceed without local consent'. But we are not against the gas and its not too late to explore the solutions that have so far being ignored. Refining the gas at Ballinaboy is utterly senseless on so many levels. The words of An Bord Plenala's Senior Planning Inspector, Kevin Moore, ring true now more than ever : 'This is the wrong site'.

Due to Shell 'project splitting' the Corrib development, which in itself is highly questionable under EU Directives, the refinery has just started to be constructed before the pipeline route has even been announced, let alone approved. However it is not too late and there are in fact solutions and alternatives that have so far been ignored.

- Rebels Against The Pipe takes place in The Pavilion on Carey's Lane, Cork on Thursday, 29th March
- Line-up includes Trumpets of Jericho, Hope Is Noise, Lamp and many more
- Entry is €7/€5
- For more information on Shell To Sea please see www.shelltosea.com

www.pavilioncork.com
Gig Hope Is Noise Lamp Rebels Against the Pipe The Pavilion Trumpets of Jericho Wasps Vs Humans