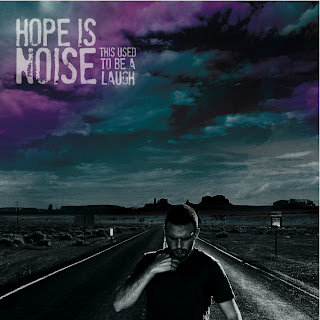 Fred Zeppelins is the place to be in Cork this weekend as local loud-wizards Hope Is Noise conjure up a mini-festival to celebrate the release of their third studio album, This Used To Be A Laugh. Entry is a paltry €5 per night (Friday and Saturday - all proceeds heading to Ataxia Ireland) which works out at about €1 per band with Agitate the Gravel, (R)evolution of a Sun, I'll Eat your Face and plenty more set to appear in the legendary Parliament Street venue over the course of the two nights.


Hope Is Noise - This Used To Be A Laugh by HopeIsNoise
There is no waiting about for the long weekend with Boogaloo boys Karma Parking in the Crane on Monday, electric folkies Daphne In The Attic (The Pavilion) and rockers Ladydoll(Crane Lane with special guests The Great Balloon Race) on the Tuesday before Slow Motion Heroes (also in Crane Lane) make their last hometown appearance late on Wednesday night prior to making their U.K. debut with a couple of London dates at the end of the month.

New York space-rock jockeys White Hills pay their first visit to Cyprus Avenue with the special guest slot filled nicely by local pyschadelic pharmacists The Altered Hours. This Thursday night outing might just turn out to be gig of the week, if not more.

Hope Is Noise & co. may dominate the weekend but if you are looking for something with a bit more of a "clicky fingers" approach, perpetual traveller Pokey LaFarge & his South City Three bring a sticker-covered suitcase full of good ole' Missouri-conditioned americana roots to The Crane Lane Theatre with a an early evening (5pm) performance on Saturday.

Due to Monday being a bank holiday, Sunday night's listings are a little more adventurous than most weeks with Ghostpoet returning to The Pavilion which is sure to be another sell-out while across the city, Plugd Records presents guitar virtuosos Matt Baldwin and Cian Nugent who are set to wow the Triskel with their mesmerizing fretboard faculties, the latter making his second appearance on Tobin Street since the art centre's re-opening almost a year ago.

Oh and that Mr. Scruff guy on Saturday night in The Pavilion will be none too shabby neither!

Tuesday, March 13th
- Hope Foundation fundraiser with Daphne In The Attic, Cowbell and more in The Pavilion
- Candle Sessions with Hank Wedel & Edel Curtin in The Pavilion (Bar)
- Ladydoll and The Great Balloon Race in The Crane Lane Theatre