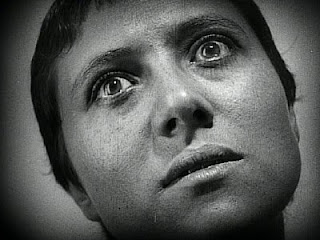 I must admit that I am very, very glad to see that Mr. Sun has woken up even if his sultry mistress, Ms. Warmth, is still snoozing her pretty red head away. On the gig front in Cork it doesn't take the week long to heat up with Kilkenny's finest multi-instrumentalist R.S.A.G. (supported by Cork resident electro-eel Carried By Waves) playing a late show in The Crane on Tuesday.

Mr. Bradley's guest for this week's Fireside Session (Wednesday) is regular Barrack Street sessioneer, the one and only Lynda Cullen.

Plugd host the first Black Sun get together of 2012 the following night (Thursday) with an impressive line-up spearheaded by Black Twig Pickers' Mike Gangloff who is just as handy with a fiddle in his mitts as a banjo. Yawning Chasm - also on the bill - is another reason to get to Tobin St. nice and early.

The weekend blasts into life with rock behemoths Therapy? set to test the structure of Cyprus Avenue who recently took home the Munster regional prize at the IMRO Venue of the Year awards.*

The most fascinating musical event taking place over the next seven days has to be in the Triskel Christchurch on Saturday with the screening of The Passion of Joan Of Arc accompanied by a live score provided by Irene Buckley as part of the Cork French Film Festival. Tickets may be pricey at €15 but, if anything like last year's screening of Vampyr (another Carl Dreyer masterpiece), it will be well worth the admission.

The Pavilion continue their run of top-end, free-in Saturday night live performances with The Ambience Affair next to visit Cork this weekend which also takes the Dublin alternative trio to Myrtleville with a gig in Pine Lodge (Myrtleville) at 5pm the following afternoon. Rounding off the week will be Scroobius Pip in Cyprus Avenue on Sunday who is currently in the midst of a heated battle with Hypnotic Brass Ensemble over who can play the most gigs in Cork/Ireland within a three-year timeframe. The SP-ster is certainly catching up at this stage.

*Therapy? rescheduled for 11th May

Tuesday, March 6th
- The Candle Sessions with Hank Wedel & Edel Curtin in The Pavilion (9pm)
- RSAG and Carried By Waves in The Crane Lane Theatre (11pm)


- Echogram (video launch) in The Roundy
- Surgeon in The Pavilion (11pm)

Saturday, March 10th
- The Passion of Joan of Arc with live score from Irene Buckley in the Triskel Christchurch (8pm)
- The Ambience Affair, Slow Magic and more in The Pavilion