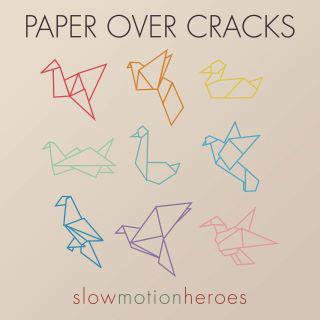 Slow Motion Heroes are set for their first release since signing to the ever expanding Fifa Records. 'Paper Over Cracks' takes over where POP left off with two spectacular minutes of unadulterated indie pop complete with booming - and I mean booming - chorus and you can stream the single exclusively using the soundcloud player below.

A hectic touring schedule is already forming with the sextet playing a string of Irish dates including the Crane Lane in Cork this day next week (Wednesday, 14th March) before making their long-awaited bow in the U.K. with dates confirmed for London's Borderline (24th March) and Dublin Castle (25th March) and then returning home for a headlining gig in the Opera House (April 21st) as part of Cork Rocks the House.

Slow Motion Heroes are the second member of the Fifa Records roster to undergo The G-Man exclusive treatment in the past month with label-mates Hope Is Noise's new album still streaming away on the blog on this link here.