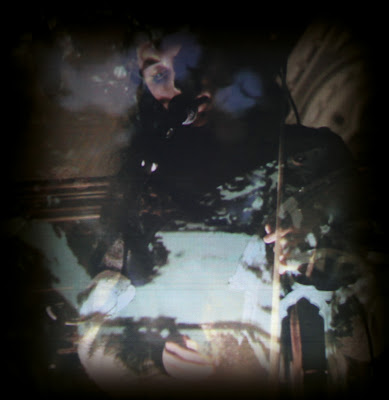 Expect plenty of Record Store Day posts over the coming weeks as bands release details of their limited edition recordings that can only be purchased from selected independent record stores.

First out of the blocks comes lo-fi artisans Halves who are set to release the recordings of their December show in the Dublin Unitarian Church. According to the press pack "this record captures the intensity and fragile nature of a typical Halves show mixing electronics, strings, brass/woodwind and dual drummers."

Last October I had the chance to witness Halves live for the very first time when they wonderfully supported Amiina in the Cork Opera House. If they can capture a magic similar to that occasion on vinyl then this will be a very nice addition to the RSD bag come April 21st.

Live At The Unitarian Church tracklist :

- Halves' Live At The Unitarian Church will be released on 21st April i.e. Record Store Day
- The record will only be available on limited edition clear 180G vinyl