Review: Rebels Against the Pipe in The Pavilion, Cork 29th March 2012 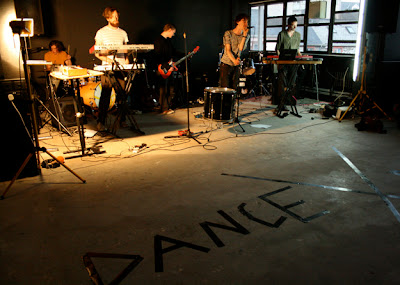 A vast array of some of Cork's finest talents were on show in a packed Pavilion last night, all in aid of raising funds to help the folks of Rossport in their plight against Shell.

Half Man Part Bicycle, who kicked proceedings off* just after 10 o'clock, are gathering momentum with indefatigable frontman Kevin Cummins intent on proving that guy who called him "destructible" all those years ago wrong. Their punk-rock is energetic if not original but tough to focus on (in a good way!) - with Cummins throwing himself off-stage whenever the chance arose - yet highly entertaining all the same. It will be interesting to hear the debut EP when it arrives in the next few months.

Prog-rock mentalists Lamp have added a third wheel to their fascinating, multi-coloured bicycle with a second guitarist joining Shane and Timmy (you may know him as Ted) in recent months. Would the addition unbalance the duo? Turns out not at all with Lamp's output sounding bigger and madder than ever, with the gaps and breaks filled out nicely without shifting their original noise too far in any specific direction. More a three-wheel monstrous Harley than a wobbly, three-for-the-price-of-four wheel Lada.

G-Man favourites Trumpets of Jericho released Songs Like An Alum Ut Its Nor Really (streaming in full here), an outstanding debut record that proves a band can experiment with different sounds yet completely retain their sense of self. 'Nothing To Get Up For', 'Paddy's Revolt' (both finding Tom's voice in fine fettle) and a few new tunes make an appearance in what is an impressive precursor to the "official" album launch that takes place in the same venue in a couple of weeks (Saturday, April 14th). Also a shout out to frontman Tom's "i love my wife" emblazoned over a Steve Earle tee.

A major flaw with showcases, fundraisers or any other type of event that features a large number of acts is the stop/start nature with so much time and momentum lost during the changeovers. On hand to keep the adrenaline pumping was Carl Plover aka Wasps Vs Humans who did an admirable job as MC for the night, not only keeping things ticking over with some slam-dunk poetry but also introducing the bands before their sets. It is staggering the effect a short introduction such as "This is HOPE. IS. NOISE." can do for setting a good vibe in a venue. Simple yet effective.

Come midnight Hope Is Noise once again ably pulled on the headliner boots which are starting to fit quite comfortably these days. The quartet blaze through 'Das Ich', 'Peace And Quiet', 'Altitude Sickness', 'All Love and Nothing', and 'Two Gods Short Of My Trinity' before this blown away blog-hound reluctantly leaves due to a "roof caving in incident at home". In truth, such trivialities should never get in the way of a band who are honing in on their peak. With three studio albums now under their shiny belts, childhood friends Dan, Pat, Joe and Louis have evidently stacked up a serious armoury of rock anthems. If Hope Is Noise are not headlining (at least small) tents at Irish festivals this Summer it will be a travesty. Are you listening Cork X Southwest and Indiependence? Well you should have been last night. ;)