Quite a bit of news backlog to catch up so here we go...

APHG have announced a release date for the follow-up to 2010 breakthrough album Before Today. Mature Themes is set for release on 4AD on 17th August. Stream 'Baby' from the upcoming album below.

The third instalment of the e-zine's audio record of the modern Cork music scene is set for a September release. Submissions are now welcome. To submit a track for consideration, simply send your details (mp3s, links, band details etc.) to zenarcadian[at]gmail[dot]com.

Stream the second volume of Cork Rock City (featuring the super talented likes of Agitate The Gravel, Ten Past Seven, The Great Balloon Race and more) or download every single track for absolutely FREE via bandcamp here. 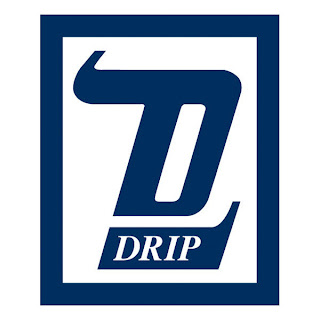 Famous alternative record label Domino Records have announced their new Drip scheme to encourage music fans to sign up to a type of membership package. For €10 a month the drippee (?) will receive two Domino-released albums (at least one of these will be brand new) in digital format including bonus material with various different perks included in the deal. Hot Chip, Dirty Projectors and Animal Collective all have new albums on the way but it is a little unclear as to whether these albums will definitely arrive on release day or whether it is a bit random. Tough for a Dirty Projectors fan waiting an extra month for the new album but I am assuming Domino will only make one major new release per month from now on.

Could be worth a punt though, at least for a month and might result in opening your ears up to a whole batch of music unheard previously. Also the idea of music lovers laying loyalties at a label's feet seems to be on the rise. See here for more details. 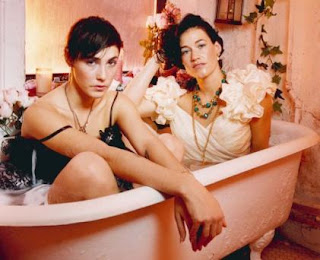 Sierra and Bianca aka CocoRosie have a new double A-side single with We Are On Fire/Tearz For Animalz (the latter featuring an appearance by Antony Hegarty) in all good record stores now.

Myles Manley was released in March and now the Sligo screwball has returned with an official video for 'You're Young Enough to Come Back Home' "looking like some kind of Man Ray-ograph passed through the hands of Tim Burton". In fairness, he had me with the I Love Tea t-shirt...