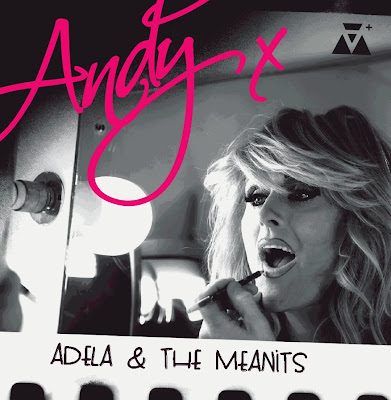 The new album from Laois luminaries Adela & The Meanits is upon us with plans to release the first single now officially unveiled.

An outstanding live show has won the midlanders plenty of plaudits since their formation in 2009 with new single 'Andy' combining all the charming characteristics exuded so effortlessly on the stage: upbeat, off-kilter pop-songs that skateboard down the hand-rail between chart and alternative that make it quite impossible not to fall a little bit in love with Adela. And her multi-talented Meanits of course! 'Comic Book Dreams' - the b-side - is the one that really catches the heartstrings though, a perfect lullaby for sleeping babes.

The full length debut is expected in August with an audacious 32-date tour - 32 dates in the 32 different counties of Ireland - planned for the same month. You do the math!


- 'Andy', the new single from Adela & The Meanits, will be released July 13th
- Visit www.adelaandthemeanits.com for more