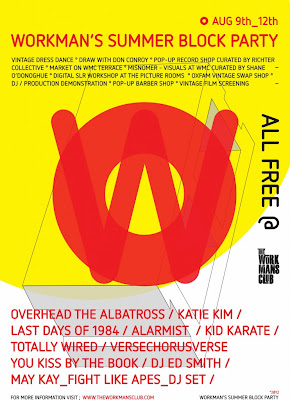 The Workman's Club is the place to be this weekend as Katie Kim, Overhead, The Albatross, Last Days of 1984 and more take over 10 Wellington Quay from the 9th to the 12th.

Saturday, August 11th
- Sepultura in The Academy
- The Fresh Kills in The Grand Social
- I (Heart) the Monster Hero, The Holy Sparks and more in The Pint
- Young Wonder in Twisted Pepper