Chic for Electric Picnic...but which year? 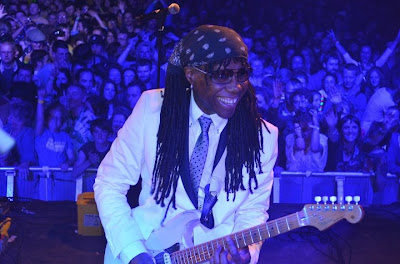 Halfway through their west Cork set in a tent, Chic's tireless frontman Nile Rodgers revealed the Electric Picnic organisers had "finally" asked them to come back.

In the throes of letting the cat out of the bag, the producer and writer of timeless disco classics such as 'Le Freak' and 'Good Times' did not expand on whether he meant September or 2013. Common sense points towards the latter though as I think the word "headline" was also used so it would be surprising if it was announced otherwise.