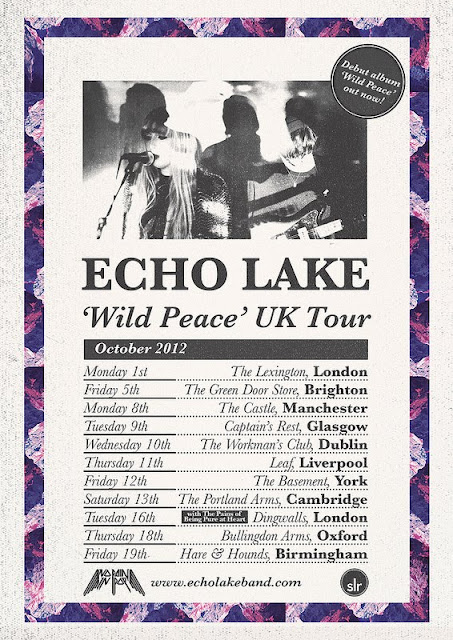 As is apparently clear from the above image, London-based dream-pop kids Echo Lake will tour Europe this Autumn including a solitary date in Ireland.

The Workman's Club in Dublin is the lone Irish destination for the fivesome who experienced a horrific tragedy earlier in the year with the death of their 25-year-old drummer Pete Hayes in June. Wild Peace, the band's pure shoegaze-bliss debut album, was released a month or so later.