Posted by The G-Man on August 27, 2012
Danny Rowland, Jen Weidl and Ian Brewer are: Seapony. And boy are they dripping in dreampoppy deliciousness.

Debut record Go with Me arrived shortly after the Seattle band's formation in 2010, heralding the arrival of a talented trio with serious things to be doing. Falling is set to build on the momentum raised in the threesome's short but effective life-span, arriving via Hardly Art in September. Take a spin of some tunes from the upcoming record via the soundcloud players below. 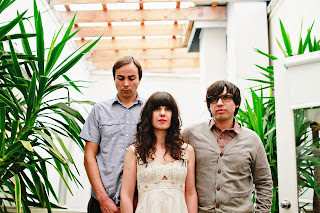 - Falling by Seapony will be released on 7th September
- For more on Seapony visit www.hardlyart.com/seapony