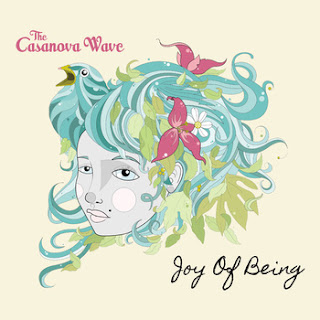 This probably should have appeared earlier in the week as part of the new video post but that's the past and this is the now. The Casanova Wave delighted many folks - myself included - with their lovely video for 'The Light' featuring guest vocals/synths from friendly Neon Wolves Rob Grace and Liam Doyle. The Waterford-based electronicon has swooped swiftly to release the Fiona Coleman and Enette Ngoei-produced, directed and edited video for 'All of it's Yours'. Quite a nice way to follow up the news that The Casanova Wave will appear at October's Hard Working Class Heroes, celebrating its tenth consecutive year.

- Joy of Being by The Casanova Wave was released on Blue Stack Records/ Friday, 13th July
- Visit thecasanovawave.com to learn more