Trumpets of Jericho on 2XM/2FM with Dan Hegarty on Monday 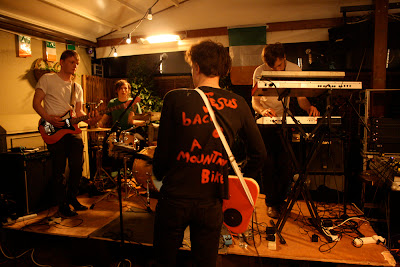 Great to hear Cork's very own Trumpets of Jericho on the national airwaves today.

A brace from the post-folk quartet's debut record Songs Like An Alum Ut Its Nor Really ('Pure Love, Like', 'Paddy's Revolt' and 'Pure Love, Like') complemented a trio of brand new tracks recorded live under the titles 'America', 'Post-Apocalyptic In Ringaskiddy' and 'Emigrant Song' especially for the show which broadcast on 2XM at 11am this morning. It's great to see a truly excellent Cork-based band hit the national airwaves and deservedly so with Songs Like An Alum Ut Its Nor Really one of the best albums released in Ireland in the past few years.

UPDATE: Stream the entire session below.