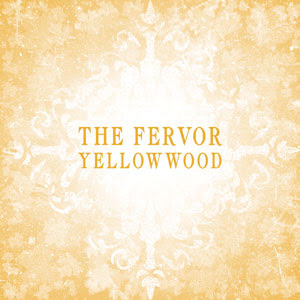 If I have learned but one blessed fact these past 18 months, it is that all musicians born or based in Louisville, Kentucky are nothing more than walking clichés.

Severing such tightly bound straps of stereotype is never easy, but why attempt such a feat when the predefined typecast characteristics list as: incredibly talented, organically evolved, genuinely gifted and - to but it bluntly - brilliant. Natalie Felker, Ben Felker and Mat Herron are another trio tainted with similar afflictions.

In the tradition of fellow Louisvillians King's Daughters and Sons, The Fervor's recent release is a sprawling symphony of americana-accented rock. Natalie Felker's alluring drawl deceives the listener into the witting purchase of a one-way ticket into the depths of dark, doomed woods. Recorded during "the first studio sessions after the addition of bassist Michael Campbell", 'Yellowwood' takes us on a journey similar to that of Hansel and Gretel, except we know we're not coming back.


Click here to stream Yellowwood.
For more on The Fervor visit: