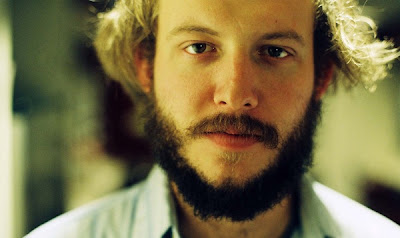 Following the captivating Grand Canal performance of October last year, the announcement of Bon Iver's return to Ireland in November was greeted with enthusiasm similar to the news of the return of a southern-hemisphere bound brother. The venue of choice was not entirely welcomed with quite the same fervour.
Although not exactly swimming in choice, The O2 is Ireland's most impressive large arena/venue but the accompanying sight of plumped up patrons stuffing their gobs with hot dogs and supersize cokes beneath monstrous neon advertisements is not conducive to the execution of an inspirational rock concert. There's no doubt November 12th will be nothing short of stupendous but it still aches to know the chances of catching Justin Vernon and his faithful friends on in a more intimate venue are forever dwindling.

For those who have decided to pass on the November show well at least you can stream the creator's of For Emma, Forever Ago and Bon Iver doing what they do best for a full 97 minutes at Radio City Music Hall on via the video below.

The stream is only available for 48 hours with less than 24 left on that ticking clock so get streaming. Enjoy!

For more on Bon Iver visit: