Ten Past Seven: Black Box Demo and Launch on the way 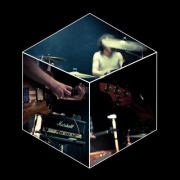 Remember these stressful Ten Past Seven shenanigans from last year? Thankfully our favourite bog-rockers hit their target and all was once again peaceful in the world. Or was it? Not only were the Kerry trio let loose in a French studio to create the epic EP known as Black Box Recordings but their minds were let meander and muse over an original cover for the as yet physically unreleased record. Not ones to place themselves in a [black] box, the sleeve idea evolved into a working mechanical instrument that will be unveiled with a demonstration in Plugd Records next Friday evening at 8.30pm followed by a live performance from the crafty creators plus a special guest slot by The Great Balloon Race (who are set to feature in the next G-Man Presents... showcase in The Roundy on October 5th). Not to be missed for a whole world of reasons.

For more on Ten Past Seven visit: