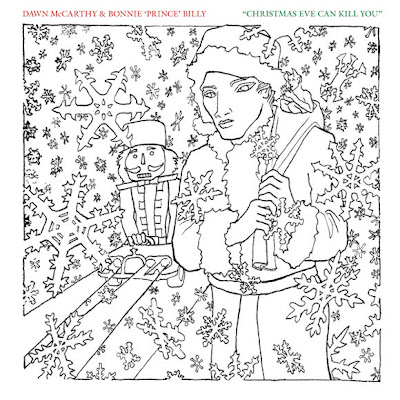 'Tisn't the season quite just yet but any music news stamped Bonnie "Prince" Billy is worth sharing no matter how premature.

Domino have announced a preview to the coming team-up between prolific songwriter Will Oldham and the Spokane-raised Dawn McCarthy. The duo - who have collaborated previously such as on Oldham's 2006 record The Letting Go - will release a Christmas 7" featuring 'Christmas Eve Can Kill You' and 'Lovey Kravezit', both originally recorded by sixties siblings The Everly Brothers. Recorded in Nashville, the holiday single will serve as a preview to the full-length album of Everly Brothers titles soon to follow from the terrific twosome.