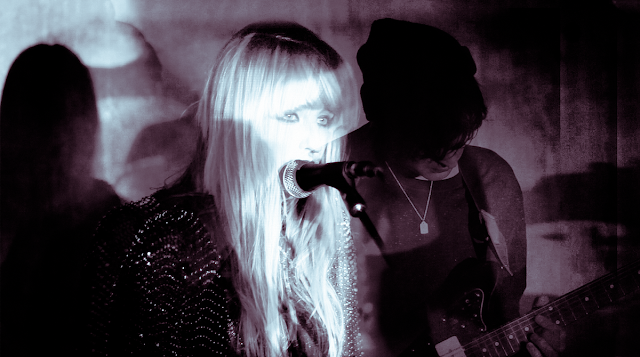 "I remember listening to Linda's vocals on that song while I was mixing it and thinking this sounds right"
The record industry is not what it used to be. Approximately one hour after South Londoner Thom Hill uploaded to Myspace reworked versions of his instrumentals, layered with the vocals of fellow art student Linda Jarvis a record label contacted the duo, desperate to sign the inseparable entity now known as Echo Lake. Like I said, the record industry ain;t what it used to be.

Two years on, the couple's drifty dreampop sound has swelled and expanded to almost stadium proportions. The wave of positivity swelling about debut record Wild Peace is nothing short of extraordinary yet the passing of drummer Pete Hayes at the tender age of 25 temporarily curbed the elemental whip of looming success. Still, a tour beckons with the coming U.K. dates set to sandwich an Irish date with The Workman's Club providing the meat. Thom goes back to the beginning for us.

The G-Man: Where in the world are you and what you are up to?
Thom Hill: Right now I'm at home in Whitechapel, London. The B52s are playing, I'm trying to think of a good name for our new cat and I'm gonna answer these questions.

For those still new to the name, tell us who Echo Lake are and how you came to be?
I moved to London to study and met Linda on my illustration course. I was writing music on my own and didn't really know what to do with it until Linda mentioned to me that she could sing and used to be in a choir. I played her one of my instrumentals and she was really into it so she came to my house a few days after to lay some vocal ideas down. We wrote two songs called 'Everything Is Real' and 'In Dreams'. A few days later we put them on MySpace and it went crazy, suddenly we were being blogged about and offered to put a record out. It all happened really fast.


When Linda first put vocals down over your sounds, was there a moment?
With 'Everything Is Real' we were unsure, we didn't really worry or think about whether people would like it or not. But when it started getting lots of attention, that's when we decided to record the vocals to 'In Dreams' and get the song online ASAP. I remember listening to her vocals on that song while I was mixing it and thinking "this sounds right". I guess that was the first time I felt like I knew something was going to happen.

How did the meeting with No Pain in Pop come about and what are they like to work with?
They were the first to pick up on us when we put the first song online. Within an hour of us uploading it they were in touch and had blogged about it before the day was up. Before the end of the week we arranged to meet up and that's when they asked to work with us. I knew about them before because I lived with a band called Gentle Friendly and knew a band called Banjo Or Freakout who had worked with NPIP as well. Obviously they only ever said good things about them so I knew we would see eye to eye, and we did and have done ever since. They're great to work with and really patient, which is the main thing.

Did you have any other offers at the time? What sets No Pain in Pop apart from other labels?
Yeah there were quite a lot, all sorts of 7" offers and certain meetings that were never going to go anywhere. The fact we knew people who had worked with No Pain in Pop was a big factor, also they are so well respected. When we met them they were really straight up, I don't know it just felt right.

The story is now that instead rushing a 7” you bided your time and instead recorded an EP. That must have taken a bit of backbone for a new band to tell their new label wait. How did that decision come about?
The chance was there for us to really milk the hype we'd been getting online but I felt like that would be a mistake. We decided that opportunities for new bands don't always come around so quickly and it was best to do it the right way. We wanted to do an EP because we thought it might be the only chance we ever get to release a record and if it was then we wanted to do something proper, that's why we took our time. No pain in pop were fine about it, that's one of the main reasons we wanted to work with them because they just said whatever we wanted to do would be cool.

With so much music available nowadays and the blogging world constantly setting new flavours of the day, what doubts did you have about this decision?
None, we purposely let the hype die down so we could concentrate on writing songs. Loads of the same blogs that first supported us don't really write about us now anyway, because as you say, they move on so fast. The main thing is trying to get your own fan base going on. People that genuinely like what your doing, and I think we're doing that.

What lessons were learned from the production of the EP that held Echo Lake in good stead for the album?
The studio is not all fun and roses. Describe some tough moments during the recording stages of Wild Peace and how you overcame them.
The studio was mainly my bedroom so it was a pretty stress free environment. I suppose getting the right guitar sound on a lot of the songs was a real obstacle simply because I find it so difficult to settle on one sound when I have the option to make it sound however I want a million different ways! The hardest part was mixing. Charlie Marsh mixed the album and he did a great job but when we got it back I decided I wanted to re-record the guitars on nearly half of the record. Luckily No Pain in Pop agreed but it meant that by the time I'd finished, Charlie wasn't available anymore so I basically had to mix the other half of the album by myself and make it sound as close to the mixes Charlie got as I possibly could. It just meant a lot of sleepless nights and delayed the album by a few months. It made me a bit stressed actually.


What did you learn about yourselves during the recording process?
We definitely became more confident. I think songs like 'Swimmers', 'Further Down' and 'Just Kids' showed that we were prepared to try and move away from the sound everyone had labelled us with. Also I think our production as we went along became bolder, the final mixes of the album are nothing like the first draft.

What emotions danced about when you finally got your hands on a physical copy of Wild Peace?
Too many to even try and make any sense of to be honest.

The reviews are coming in thick and fast with most if not all positive. What weird/funny/memorable words in print have been written about Echo Lake so far that - for whatever reason - have caught your eye?
Ermmm something about it being good to listen to while buying jerk chicken in the NME? (Laughs) I don't mind, its not the kind of review I had daydreams about when I was a kid but it was a really positive review. Nearly all of the reviews have been overwhelmingly good so as long as that's happening then great. 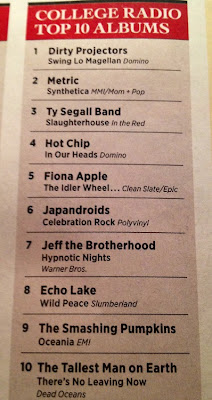 What kind of feedback and reaction are you receiving in the States?
Brilliant, We went top 10 in the college charts at number 8, above the Smashing Pumpkins, one of my all time favourite bands. For an indie release I don't think Wild Peace could have done much better than it has done. I just hope we get to go there one day.

What are your thoughts and feelings ahead of the upcoming tour?
I'm surprisingly chilled out about it, I thought by now I'd be a nervous wreck. I think the main show was the London show we just did on the 1st October (in The Lexington. It was a big deal and now that's out of the way I feel better. I'll miss my girlfriend and friends but I'm really excited to go to Scotland for the first time. And Dublin of course, it's a great city I just wish we had more time to hang out there when we visit.

How difficult have preparations been with everything that has happened in the past few months?
Really difficult and not something I want to do or go through again. It's all positive vibes from here onwards.

Taking everything into consideration what does it mean to have Wild Peace finished, an incredible milestone of all your work together?
It's great, we've released a proper record and I never thought that would happen. Hopefully this is just the start, the main thing is to make the most of it.

With the level of spotlight raised considerably in recent months what has been added to further evolve the live performances?
Well actually it's been stripped down because we are playing the tour as a four-piece band with Will on bass and Dayo on drums. Unfortunately there were things preventing Steve and Kier from coming but it couldn't be helped. A lot of effort has gone into the songs though, I think it sounds great. It's quite different from the record but that makes it more exciting, there's still a lot going on, its a big sound.

Come the end of October, what will signify a successful tour for Echo Lake?
The fact we are doing this tour feels like a success already. As long as people come to the shows and enjoy them that's all I can ask. We are ending the tour in London on the 25th October at the Shacklewell Arms. The show is a fundraiser for the British heart foundation and if we can fill the venue and donate the proceeds then that will just be the perfect end.

Who are you listening to these days?
Well I mentioned The B52s earlier, I've always been a fan but lately it's becoming a bit of an obsession. It's really rare for a band to exist that nobody can ever sound like ever again. If anyone even tried to sound like them they would look crazy for trying. I've been really getting back into Husker Du and of course the new Grizzly Bear record. Such an amazing band.

What next for Echo Lake?
The tour and and a new album. I'm working on a whole bunch of new songs so once October is done I'm going to get to work finishing them. Then I guess we'll see what happens from there.

For more on Echo Lake visit: