A quick note before the virtual pen is put/thrown away for the weekend to wish all the best to Cork's Savoy Theatre which reopens its doors later this evening.

True I would not be a regular frequenter of the club scene in general but the former cinema on Patrick Street has played host to some incredible acts over the years so here, in no particular order are seven very memorable gigs seen in The Savoy since I moved down south twelve years ago.


1. The Frames
Whatever your opinions may be on these revelators in 2012, Glen Hansard and co. sucked many of us into the Irish independent scene in the late 90s/early 00s. Their incendiary Savoy performance in April 2001 whilst I was still (not) attending college was simply phenomenal.

2. Iron & Wine
Samuel Beam is one of my heroes and The Savoy provided me the first chance to glimpse the man live. Astounding.

3. Ryan Adams
He may have been hopped up on a lot of cola but any chance to witness Mr. Adams live should be grabbed with both hands.

4. Jimmy Cliff
Whoever leaves a Jimmy Cliff with anything other than a beaming smile really needs to talk to someone and quick. So much fun.

5. Efterklang
One of my favourite shows ever attended in Cork topped off by Casper and team leading a march about the place dishing out hugs to anyone who would have one. Truly wonderful.

6. Passion Pit
Lots of queuing and very sweaty, but it was very worth it. Amazing fun.

7. CSS
Pretty worse for wear at this one. Fortunately, many - and I mean many - were worse. Shamefully hedonistic joy was had. 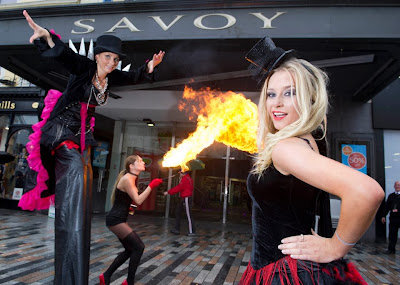 For more on The Savoy visit: