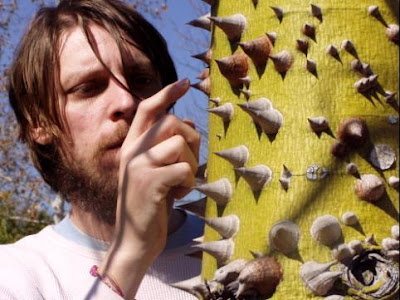 Last known to be residing across the Irish Sea, the Missouri man has not taken a regular break from touring since 1993 with the American songwriter stating "curiosity, discontent, and fear have long propelled" the son of truck-driver parents to continuously do his thing on the road. Despite struggling to deal with the idea of planting roots, Massei has accumulated a heck of a discography which can be [virtually] flicked through over on his official bandcamp page. More recently, it was other artists that banded together to compile Lucky Numbers: A Tribute to Viking Moses, a homage featuring the incredibly talented likes of Malcolm Middleton, Devandra Banhart and our very own Adrian Crowley (click here for a review of the latter's latest record).

Rory Francis O'Brien - who himself featured at a recent The G-Man Presents... showcase - joins Brendon Massei on Sunday, December 9th in The Quarter on Cork's Camden Quay.

UPDATE
VIking Moses will also venture northwards with a date booked for the Little Green Cafe on High Street, Dublin. This one's taking place two days earlier (December 7th) and will feature both Derrick Devine and The Alpaca Jamboree. Dublin indie promoters Hefty Horse are behind this one with entry set at €5 (€3 student) for their annual Christmas bash. See the official facebook event here for further details.

For more on Viking Moses visit: