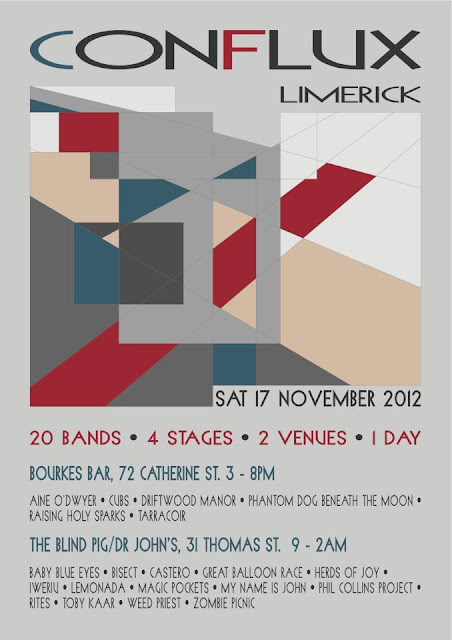 Festival fiends moping about the country, devoid of any mudbaths in which to scrub their musical backs rejoice as one heck of a DIY event is planned for Limerick in less than two weeks time.

Over twenty of the best alternative bands in Ireland descend upon the south west for a day of rock and folk paradise staged across 4 stages in two willing local establishments. Bourke's Bar plays host to the quieter side of Conflux Limerick between the hours of 3pm and 8pm before it all gets a little bit louder at The Blind Pig from 9pm until close. Some truly excellent bands in there including The Great Balloon Race, Cubs and Driftwood Manor.

Line-up as confirmed before posting:


For more on Conflux Limerick visit:

- Conflux Limerick takes place in Limerick on Saturday, 17th November
- 20+ bands will play across 4 stages in Bourke's and The Blind Pig