Session: Christopher Owens in a bathtub 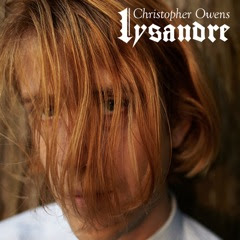 Slated for a January 2013 release, Lysandre has been quite some time in the making with all eleven songs composed during a Summer tour all the way back in 2008. Described by Owens as "a coming of age story, a road trip story, a love story.", the record was written pretty much in one sitting after a chance meeting with a girl of the same name in France at a festival.

Hear an extract from Lysandre played acoustically from a bath in Las Vegas, recorded during a Matador Records meet-up back in 2010 using the player below.

For more on Christopher Owens visit: