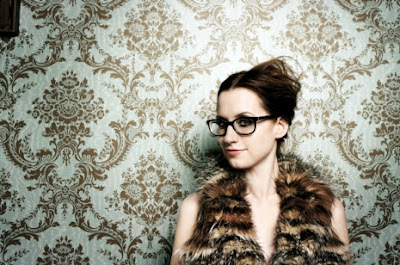 "Friday? I don't even know what day it is. Happy Friday to you!"
From kooky creator of catchy commercial hits to an artist reveling in our own hard-fought freedom, everyone seems to have an opinion on Staten Island-born singer Ingrid Michaelson, who released her fifth studio album Human Again back in January. Cheerful yet determined, gentle but baring a ferociously strong backbone, the nimble-fingered pianist with a head for a hook chatted recently with The G-Man ahead of a couple of dates in Ireland.


The G-Man: So where in the world are you right now?
Ingrid: We are driving in a van. We left London a couple of hours ago so we're heading north up to Glasgow. It got really cold in New York so I was prepared for this but it is pretty chilly and kinda rainy but I guess that's kinda the way it is here.

Besides the obvious interruption caused by myself, does today count as a day off or is it always working when on tour?
I think every day without a show is a day off. It's nice to look out the window of the van and see things you have never seen before. It makes the trip a lot easier. We're not driving across the US for the 100th time, we're actually going through new places.

In the beginning, what was it like plying your trade and making your way in New York?
I would play maybe twice a month. Most of the people that would come would be my friends and family. Very slowly working my way up. It wasn't really until my tv placement on Grey's Anatomy that my next show had a line of people wrapped around the block and I didn't understand where these people had come from. They didn't even know what I looked like, just what my songs sounded like. 3 years of gigs in front of friends and family and then all of a sudden something happened and you kind of roll with that. Once that happened it snowballed and now...I'm in a van in the U.K.


How did you react to this shift up a level?
Well as to be expected I was very happy...and surprised. I feel I continue to be somewhat surprised, not because I don't think my music is any good but it's just I feel there is so much more in the world going on and people choose to come spend their evenings with us, I am very grateful. I think I'm pretty grateful about it all.

Signing record deals is such an exciting yet dangerous moment in a musician’s lifetime. With all the interest that came with your songs appearing on tv, how difficult was it not to get caught up in the hype and make a well informed decision?
We ended up getting a few tv placements and then the radio starts playing [my music] and the records start selling and then labels start coming around and saying 'hey, can we take part in this?'. At that point we had already done so much ourselves that it just seemed weird and wrong to give part of what we had worked on away to people who hadn't done anything. So we just thought for a while we are going to continue doing this independently and not commit to anyone right now. Then that became a story in itself and they start saying 'now she's the independent poster child lalalala'. Then we couldn't very well go 'now we are going to sign', so it just kept going further and further in the direction of staying independent. Now I release everything in the States through my own record label and I love it. It's great!

After releasing four albums in five years, it took a relatively long time to release Human Again. Why the hold up?
I think I was just touring so much that I didn't have any time to actually stop and work on a record. I just needed the time, the time to be still. Longer than two weeks is required to create something. Once I had a good solid year off...I need time to make a record.

It must be difficult to reinvent yourself from album to album. For your own sanity and personal interest, how important is it to take stock and make sure you are still enjoying what you are doing?
That's the whole point of this. If I stop enjoying this then what's the point of it. One of my favourite parts of this is actually creating the music and writing and recording and producing. I enjoy it so much I can't see myself not enjoying it. I don't see the need to take stock, or pause as it's what I enjoy doing.

How much of a part do you feel getting older plays in this?
You get older, experience more, grow wiser in some areas. Hopefully. I think it's the same as how it effects you as a person and your decisions and how you go about your day. It's no different for an artist. I think anybody who doesn't change is lying and is regurgitating what they did 5 years ago that was successful in the hopes that they again will be successful. I feel like if you're being honest you are going to grow and your music should reflect that. 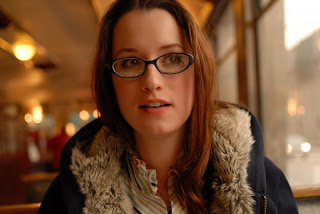 How sharp is the double edged sword that comes with commercial work?
You have to have some discretion; I definitely wouldn't put my music in an ad for guns or anything! I don't really see it as a loss of integrity, I see it as a way for people who have never heard your music to hear your music and get people to come to your shows and be aware of the rest of your music and become a fan. That's how I look at it. It's very hard to get your songs on the radio and I don't want to do payola. I want to reach people honestly and fairly and it's hard to do that these days. I don't have the help of a major record label so it's just a wonderful way to get people to hear your music that wouldn't have heard it before.

It’s weird isn’t it that 20 years ago it was considered selling out doing an ad but now it is bordering on necessary to pay the bills. What do you make of it?
I guess because no one's buying records anymore and that's how musicians used to make their money - off of their albums. That's just not happening anymore. People are turning to other sources of income. When people say they are selling out they are probably the same people who are illegally downloading and it pisses me off. I don't see it that what.

I more mean back in the 60s and 70s because television wasn't as important. It's like the moral zeitgeist has changed. Bands have no choice but to do what they can to survive., it's part of the game now.
In 2007 just before Grey's Anatomy, I had nothing, I had no money. I had licensed my songs to Old Navy for sweaters or something and people who didn't even know who I was were attacking me online, saying I was selling out. I was like 'really?'. I didn't know what was going on. For the last five years everybody and their mother is licensing their songs to commercials so it's funny. Things change. The climate changes. What's acceptable changes.

People seem very upsettable these days.
Who cares. I feel like if I live my life as a good person and I do what I need to do to serve my soul and not hurting anyone then screw you. Not you, them! (laughs) People are always going to say something negative. Two days ago about this live EP I am selling to give money to benefit my hometown in Staten Island that has been affected by Hurricane Sandy. Some guy puts a comment on it saying 'how much of that is going to charity and how much of it is going to you?'. I commented back 'if you read the poster it says ALL proceeds are going to charity'. It was just such an ugly comment to make.

The internet is wonderful but it's also a great way for people to be nasty and mean under the guise of anonymity. People are always going to have something negative to say even when you are saying something positive. It's ridiculous. Those people are just idiots who need to be angry at whatever they are angry at. Let's focus on the positive people and give their positive energy back to them.

Cork is the last stop on your European tour. How eager are you to get back home?
I am having a really nice time and I love being in this part of the world but I do miss home. With everything that is happening at home I do feel a little guilty for being away, I feel like I should be there doing something. There's a big part of me that's kind of being pulled home. At the same time, I'm here and I am enjoying myself. I am very grateful that I get to do this for my living so I am focusing on that. And I actually vacationed in Schull (west Cork) a few years ago so I am really excited to come back.


To purchase Ingrid Michaelson: Live from Laurel Canyon visit www.ingridmichaelson.com. All proceeds will be donated to Tunnel to Towers Foundation's Hurricane Sandy Relief Fund.
For more on Ingrid Michaelson visit: