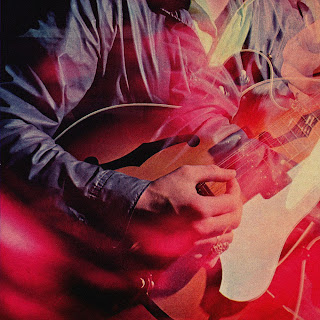 After all the painstaking ordering and selecting and removing and replacing, it's typical that I would mess up at some point. Once whittled down to 50, the ranking process for the album of the year post buffoonishly began by first selecting the top ten and then going back and sorting numbers 50 through 11. Of course I couldn't completely commit to ten albums in the top 10 so left it at 11 and planned to amend this once I had progressed with 50-11. In hindsight that was an even less intelligent plan than previously thought as it was inevitable I would fail to remember to do this. I was then left with the horrible decision to pop one band out of the top 10 and unfortunately for some reason I chose the below record which I already regret whole-heartedly (which would have been the case with the omission of any of the top 10). I felt so bad I had to give it some sort of mention so here we go: the mysterious #10 1/2....


10 1/2. Kill For Love by Chromatics
Ruth Radelet and the rest of her Chromatically-gifted chums won more than just my heart with their pounding set down west Cork way as part of Liss Ard 2012 so a few listens to their newly released fourth studio album was inevitable. Sublime synthpop in every way.