Listen Up: A Seamus Fogarty playlist 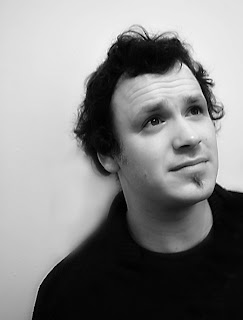 Feast your ears on a playlist forged within the Fogarty fires...

With just days to go until the first The G-Man Presents... show of 2013, Seamus Fogarty chooses the tunes ahead of his first ever visit to Cork's Plugd Records on Friday, February 8th. Here's Seamus to guide us through his ten choices.

Palace - 'Come In'
I hated this song the first few times I heard it, I couldn't get over the fact that people could sing and write songs like this and release them.

Polvo - 'Fast Canoe'
Can't really remember much about these lads except this tune, foaming at the mouth with delightful riffs.

Johnny Cash - 'Tennessee Stud'
This album is always up there when people ask me what albums influenced me, not that they do very often, but when they do I mention this. I think it's as much about the choice of songs as the fact that Johnny Cash was performing them, songs good enough to stand on their own two legs in any given situation

Sparklehorse - 'Spirit Ditch'
Majestic beautiful music, first small show I ever went to was Sparklehorse in Whelan's in '98 or '99, still the best show I've attended.

Aerial M - 'AASS'
I heard this on an amazing compilation CD my brother bought in a record shop in Amsterdam. Is there anything better than an album full of repetitive instrumental guitar music?

Pavement - 'Range Life'
Everyone I know would probably have at least one Pavement tune in their top 10. When you grow up listening to Declan Nerney and Mick Flavin (which I didn't), it's easy to forget how cool country music can be.

Tindersticks - 'Marbles'
As was the case with Will Oldham above, I was a bit unsure about these lads at first but this tune converted me.

Beastie Boys - 'Transitions'
Love this album, wasn't a huge fan before this but I love the way they mix it all up of this album

Elliot Smith - 'Alameda'
My favorite Elliot Smith album, minimal production, saw him in the Temple Bar Music Centre not long after this came out with a band called Quazi, magic

Lambchop - 'Up With People'
Because its a nice happy way to finish the list?

Stream Seamus Fogarty's playlist in full by clicking play below:


Seamus Fogarty released God Damn You Mountain on Fence Records in 2012, appearing in several album of the year lists including Nialler9, Drowned in Sound and - for what it's worth - my own humble little list here.

For more on Seamus Fogarty visit: