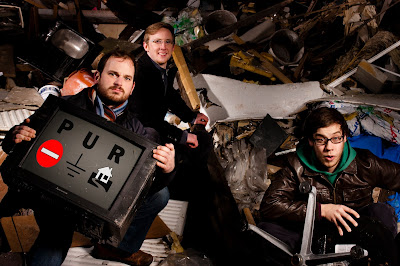 The blistering force that is Private Underground Residence will release Dynamics of Idealism on 1st March with an Irish tour set to accompany the unveiling of the Cork/Limerick trio's début record. A long time in coming, Dublin based independent label Resettled Records will unleash the eight track wrecking ball on the world starting with a visit to Limerick's The Blind Pig on the second. Recorded and produced by John 'Spud' Murphy (of Katie Kim) Stand-outs on the record include the Gil Scott-Heron takes a stroll down post-rock avenue 'Snuffbox', the careening seismic smash that is 'Car Crash' and the sonic synth slalom of 'I Know' but the record as a whole is a brooding behemoth that has been worth the long wait.

For a full list of tour dates and supports see below: 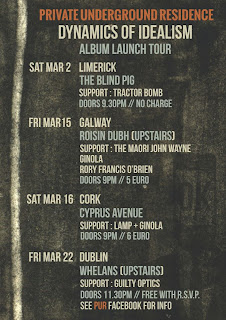