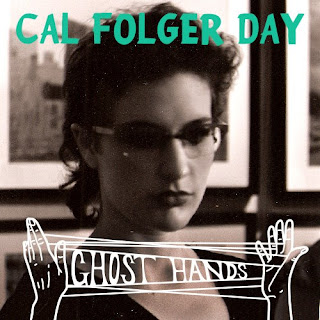 'Mesmerising' is the only word that springs to mind following New Yorker Cal Folger Day's enthralling performance within the cosy confines of Cork's Gulpd Café on Valentine's night. Having cancelled her Citóg appearance due to a bashed up ankle received on the streets of Dublin, there was a worry that the Cork show would fall foul to the same fate. Fortunately for us, our heroine struggled on - although "struggle" is not a word you will . Mixing exquisitely crafted country with touches of jazz (including some deliciously intricate chord progressions), the guest soloist sailed through a set that is certainly one of my favourite "small" shows of recent times and a perfect example of the potential the still relatively new café has for regular gig nights. Highlights from the set include the beautiful 'February' and the closer, a heart-breakingly tender duet with special guest Myles Manley.

Speaking of potential, The Altered Hours' Elaine Howley and Saint Yorda's Roslyn Steer partnered up to showcase some striking new material as support for the night. Grounded in folk but with a slightly surreal twist, Steer - on keyboards and double-bass - provided the perfect foil for The Altered Hours' vocalist's voice which was ever commanding yet never forced. Definitely a combination to look out for in the future.

Cal Folger Day released a new video for 'Ghost Hands' which can be viewed below and continues her current tour, stopping off in the International Bar in Dublin on Monday night.