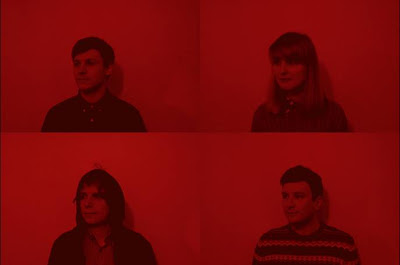 Who'd of thought I'd spend Friday morning bopping my scruffy little head along to indie pop from Leeds but sin é an scéal*. Signed to Caley-for-nee-i-ay record label Bleeding Gold, Yorkshire quartet Just Handshakes are on the verge of releasing début long-spinner Say It but before that have revealed the cosmically surreal super 8 footage that accompanies their first single and glorious ode to a Summer long gone: 'London Bound'. Having already supported the likes of Still Corners, Exlovers, The XX, Allo Darlin and The History Of Apple Pie, I expect these folks to be around quite a while. Take a gander and a listen below.


For more on Just Handshakes visit: