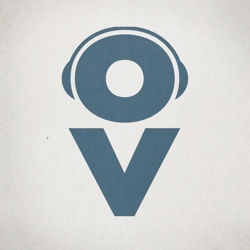 Sessions for you, sessions for me. OurVinyl.com launch online tv channel. Kind of...

Rapidly growing cross-Atlantic music blog ourvinyl.com have announced details for their OurVinyl.TV project. The increasing popularity of the U.S. based blog - which now boasts average traffic of something like 30,000 visitors per month (not bad seeing as the site was only founded 2 years ago) - has been aided greatly by their own professionally recorded online sessions, an idea that has inspired their latest project which plans to gather sessions from sites and blogs all across the world under a single umbrella: OurVinyl.TV

OurVinyl.TV will allow users to browse through thousands of live performances filmed by 17 different blogs/youtube stations across the globe with the plan being to grow that initial number of contributors exponentially eventually becoming "the largest live music video archive online". Users can add favourite videos to their own personal library, search and browse by categories and locations and create and share playlists with their friends with loads of extra functionality to be developed as the site progresses. The idea is a simple one but boundless in terms of potential. Personally I would love to see the high quality videos recorded by Irish film-makers and session sites such as Citóg, Cock and Bull TV and Arbutus Yarns viewed worldwide so it could be that OurVinyl.TV could well grant such an opportunity.

OurVinyl.com's CMO & Audio Engineer Jordan Schneider recently chatted with The G-Man about the TV project and OurVinyl.com in general.

The G-Man: How exactly did the idea of OurVinyl.com arise?
Jordan: Mike Reuther (CEO) and I started OurVinyl.com back when we were in college as a way of sharing music with our friends.

Where is OurVinyl currently based?
Nashville, Tennesse.

What do you feel OurVinyl.TV brings to the table that no other site is currently bringing?
OurVinyl.Tv offers music discovery that can be experienced visually. Not only that, but it only shows hand-curated content. People love using YouTube to consume music, but YouTube is not designed as a music platform, and they make it difficult to find high quality videos. We hand select and curate our videos to ensure the best quality experience for our users.

What kind of reaction has the idea been met with to date?
We've received a lot of positive feedback, thankfully! Whether it's our content partners, our mentors, or potential users in a focus group, everyone has responded really well to the idea. At this point, there are obviously a lot of areas that need improvement, but the core idea and the vision have always been met with very positive reactions.

What plans do you have to branch out internationally?
So this is a very exciting part of what we are doing. We definitely want to explore the music that exists in other countries. One of our current content partners is from London, UK, but we plan to reach much further than that. We want to find more people filming bands in different parts of the world and begin adding them to our database. We've also toyed around with the idea of taking trips to different countries to film content ourselves, but that's obviously a long way off!

Tell me more about the plan to license old video footage?
Sure! There are a lot of live concert DVDs that are just sitting on shelves today, not selling any more copies. We think adding that footage to our database and allowing our users to stream entire concerts to their TVs, laptops and tablets would be a very cool feature. This is going to involve negotiations with record labels and publishers who own the footage, but we've got a game plan, and are optimistic about the outcome.

For more on OurVinyl visit: