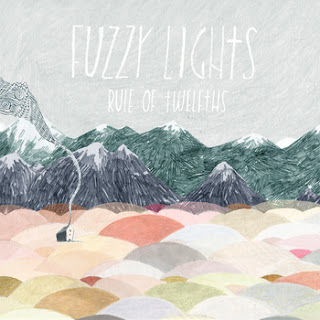 Orchestral folk-rockers Fuzzy Lights once entranced me at a particularly lovely festival back in 2010, yet my recollection of the time remained foggy (or should I say fuzzy) until recently hearing the angelic, crystalline voice of the quintet's vocalist Rachel Watkins - oh she of "shimmering lights".

The Cambridge dream-pop critters' third studio record Rule of Twelfths was recently released and reminds in parts of Louisville's King's Daughters & Sons, especially the lucid way they slip so seamlessly from dreamy and pure into cataclysmic cyclones such as at the end of 'The Hour'. Give the whole thing a spin using the below player.


Or for folks not on Spotify

For more on Fuzzy Lights visit: