Long running Brighton-based indie label Fat Cat Records have revealed details regarding three upcoming limited edition record store day releases. The Twilight Sad have combined with compatriots Aidan Moffat & Bill Wells to release a split 7" of covers featuring a piano-led version of 'Alphabet' taken from 2012's No One Can Ever Know whilst The Twilight Sad contribute '(If You) Keep Me In Your Heart' from Moffat & Wells' latest release Everything’s Getting Older.

The other two releases come from Breton (a 10" of remixes of tracks taken from Other People's Problems) and Frightened Rabbit, another batch of Scotsmen, who re-release a repackaged version of The Midnight Organ Fight which also includes an acoustic version of the band's 2008 breakthrough record, apparently recorded entirely in a tiny Glaswegian pub. 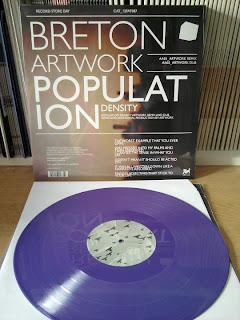