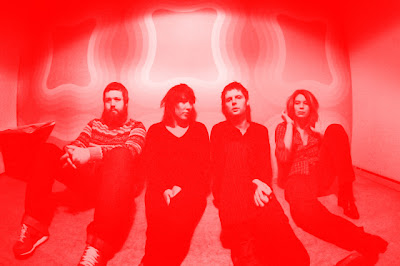 Dutch songwriter and voice of minimalist folkies House of Cosy Cushions Richard Bolhuis spent over five years living in Dublin before heading back home to Groningen, probably pulled by the lure of his beloved Magic Buzz record store. Having released the aptly-titled Haunt Me Sweetly in 2012, the past year or so has been spent creating various works - be it soundtrack or installation - for Groninger Museum including 'Sleepwalker', a mix of canvas and sound and the composition of a score to accompany Edvard Munch's 'Winter'. In between all that, he somehow finds time to go shopping for records by The Curry. 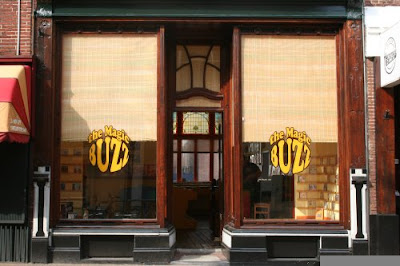 The G-Man: What is your favourite record store, where is it located and why does it hold a special place in your heart?
Richard: It's called The Magic Buzz and it is located in my hometown Groningen. This record store is run by a man called Bertus. He loves music and he always surprises me with his eclectic selection of vinyl. I found many treasures there like Cynthia Dall's self-titled E.P. and I still regret that I didn't buy the vinyl The Covers Record by Cat Power when I was broke. I should have sold my bike.


In January HMV closed its doors in Ireland yet independent record stores such as Plugd Records (Cork) and Tower (Dublin) live on. What role do you feel local stores play in the community as opposed to large chains?
A love for music opposed to a love for money.

What is the first record you have ever bought?
The Reflex pleplepleple plex...

Do you visit record stores when on tour? What is the weirdest (or simply most original) record store that you have ever visited?
I visit record stores that sell vinyls any time I am near them. The weirdest record store in Holland I ever visited was run by a big man who sat on a chair and seemed to sit on this chair forever. He called The Cure 'The Curry' and would throw out vinyls if someone mentioned they were scratched. I used to visit this store ages ago until the big man died of a heart attack.

Being as truthful as you possibly can, what record is your guiltiest pleasure?
Bettie Page Plays the Snake.

What would you say to a young music lover who has never visited a record store before?
Burn your computer.

Describe your last record shopping trip?
I went into The Magic Buzz and bought Grouper's The Man Who Died In His Boat.

What does Record Store Day mean for you?
Vinyl day.

Describe what it felt like the first time you saw one of your releases in a record store.
I know that band.

If you owned a record store, what would you name it?
I'll Be Back Soon Records.