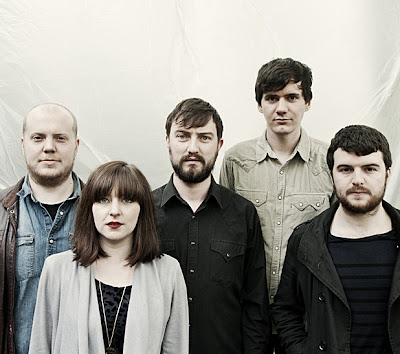 Glaswegian folk-pop quintet Admiral Fallow kindly nominated bass player Joe Rattray to elaborate on nu-metal, a hypothetical Zappa-dominated garage and generally all things vinyl. The below begins the posting of the first artist interview of many to feature on the blog as part of this week's big build-up to the sixth annual Record Store Day, taking place within the hallowed walls of thousands of indie stores worldwide this Saturday.

The G-Man: What is your favourite record store, where is it located and why does it hold a special place in your heart?
Joe: My favourite record store would be Groucho's in Dundee. It's where I grew up and I must have wasted countless hours, not to mention a small fortune, in there. It's where I would go after school, and for a while every weekend too, and it was where I discovered a whole lot of different music just by taking chances on second hand CDs I'd heard people talk about. Or even if I was just intrigued by the cover. They have a cracking vinyl section too, and a special shelf which houses only Prince VHS tapes. Although I cleaned them out of most of those a few years back. Honourable mentions should go to LoveMusic (Glasgow), Avalanche (Edinburgh) and Monorail (Glasgow) too though. 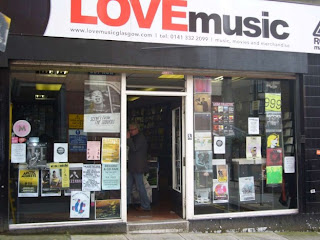 In January HMV closed its doors in Ireland yet independent record stores live on. What role do you feel local independent record stores play in the community as opposed to large chains?
I believe independent record stores play a massive role in the music community, especially to emerging bands who are attempting to break through to a wider audience. While you could find absolutely anything you desire in HMV, Virgin Megastores etc. (providing it had good distribution), there's a special feeling you get when chancing upon an unknown band while flicking through the racks of your local record shop. Some of my favourite albums were found among the piles of CDs and records that many people have sold on or simply chucked into second hand shops.

Without Scottish music shops such as LoveMusic in Glasgow or Avalanche in Edinburgh stocking our first two albums, our music could not have reached nearly as many people as it has done. They are really excellent shops, and wholly supportive of the amazing music coming out of Scotland, as they always have been. The enthusiasm and depth of knowledge of independent record shops is unparalleled, I feel. While I'm sure many employees of the big chains have vast record knowledge, there are many at the same time who don't.

What is the first record you have ever bought?
This is a hard one to pin down, but I remember owning The Great Escape by Blur and Travelling Without Moving by Jamiroquai pretty early on. I used to steal a lot of my Dad's CDs, and would fall asleep at night listening to his copy of Fleetwood Mac's Rumours on a huge pair of headphones. Sounds like a shit cliché, but is actually true.

Before those albums, I remember buying 'Earth Song' by Michael Jackson on tape from Woolworths. The B-side was 'Wanna Be Startin' Somethin', it was amazing.


Do you visit record stores when on tour? What is the oddest record store that you have ever visited?
I'm constantly trying to track down record stores whenever we are away. I like to do a search online for shops within a few miles radius of the venue we're playing and just go wandering. When we played in Cork in February, I sought out Plugd after being tipped off by someone in Galway the night before. It was a really great shop and I bought a few things, as well as being turned on to some new music the guy working was listening to and telling me about.

Phil [Hague - drummer], Sarah [Hayes - piano/flute] and I were lucky enough to spend around half an hour in Amoeba Records in Hollywood last year. An incredible shop, I wish I could've had more time (and money) to spend. Sonic Boom in Seattle was another good one too.

Being as truthful as you possibly can, what record is your guiltiest pleasure?
Hmm. I guess looking through my vinyl collection would give you that answer. Whitney Houston, Anita Baker, Luther Vandross, and lots and lots of Prince. Though I don't really feel guilty about any of those, but I suppose cool people might. As far as CDs go, I've still got all my old nu-metal albums. Korn, Taproot, System of a Down and Incubus. Some of that stuff hasn't aged very well.

What would you say to a young music lover who has never visited a record store before?
Fill your boots.

Describe your last record shopping trip?
I think it was in Oxfam Music in Glasgow and I bought Stevie Wonder's Fulfillingness' First Finale, Peter Gabriel's So and the first Danny Wilson album [Meet Danny Wilson]. I sound like my dad.

What does Record Store Day mean for you?
The special one-off releases really make Record Store Day for me. There are always a lot of really interesting albums being released especially for the day, The Flaming Lips seem right into it. It's also an excellent opportunity to people who wouldn't normally set foot inside those shops to just pop in and see what they're missing. 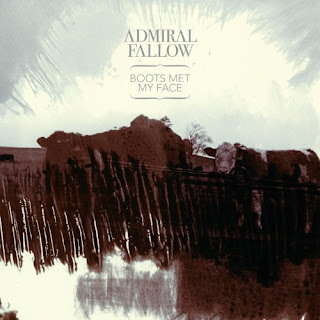 April 20th 2013 will be the sixth annual record store day. Any fond memories from previous Record Store Days that you would like to share?
Last year we re-released our first album Boots Met My Face on vinyl and played a short set in the window of LoveMusic in Glasgow. It was amazing to see our album packaged that way, with extra artwork and stuff. It felt really good.

Describe what it felt like the first time you saw one of your releases in a record store.
It didn't really feel real. You spend so many years looking at other peoples' albums in shops, then to actually see something you've worked on and released is a pretty special feeling. I don't think any band would deny that. Seeing it in the 'recommended' section of Fopp was especially cool, I always have a little look there for new albums and I would hope some people perhaps found our album from having a look themselves.

Tom Waits has said "Folks who work here are professors. Don't replace all the knowers with guessers: keep 'em open, they're the ears of the town."
I would agree with him. As I mentioned before, the knowledge of a lot of record store staff knows no bounds and even just having a brief chat with them can open you up to so much music you may not have heard before. It would be a nightmare to lose that.

If you owned a record store, what would you name it?
Joe's Garage.

Why would you be an amazing/terrible record store owner?
I'd be good if you liked Frank Zappa records. If you don't, then I'd be bad.


For more on Admiral Fallow visit: