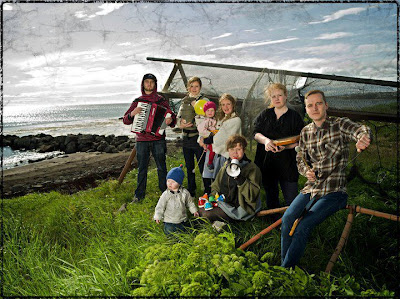 Ahead of the release of their new Lighthouse Project EP, one third of Amiina check in to answer a couple of questions concerning records, coffee and Metallica...

Exciting news is beginning to emanate from the Amiina camp. The results of the fascinating - and very Amiina - Lighthouse Project will be unveiled in June and word has it that very same month will see the majestic sound pixies once again collaborate with the Cork Opera House on something very special indeed. Magnús (aka Maggi) and Sólrún always have time for a chat about records though.

The G-Man: What is your favourite record store, where is it located and why does it hold a special place in your heart?
Magnús and Sólrún: We have a few favourite record shops. One is situated here in downtown Reykjavík. It's called Lucky Records. We like that shop because they serve good coffee and they know a lot about what they are selling. They specialize in vinyl but they also sell CD´s, mostly new Icelandic releases CD. And they also try to promote new Icelandic vinyl releases, which is nice! They're relocating to a pretty big place soon where they're also going to put on live music events, which is nice. We also like a store in Hamburg in Germany which Groove City. There they have a load of good records. And in the record shop they also sell shoes...


In January HMV closed its doors in Ireland yet independent record stores live on. What role do you feel local independent record stores play in the community as opposed to large chains?
Well, the smaller records stores they tend to provide personal services and promote local artists. Which is something that people admire and like, not only the artists. And the smaller stores sometimes have great coffee machines!

What is the first record you have ever bought?
Maggi's first record was Kill 'Em All by Metallica on cassette; his late grandmother gave him a few bucks and he strolled down to Kolaportið, Reykjavíks only flea market, and bought that album. The first album Sólrún bought may have been the fantastic Hold Me in Your Arms by the very charming Rick Astley in 1988. On cassette. 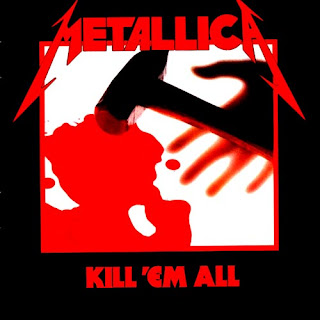 Do you visit record stores when on tour? Any weird shops located on on your travels?
Yes we do. The weirdest record store you ask Hmm...possibly the junk stores that have a record corner are the most original.

Being as truthful as you possibly can, what record is your guiltiest pleasure?
Beg for Mercy by G-Unit has to be it!

What would you say to a young music lover who has never visited a record store before?
Go! Now! Get some good stuff! And love and cherish your records!

Describe your last record shopping trip?
Maggi/Magnus: I was in Oslo the other day, playing a show. And I visited three record shops within a period of two hours. I bought a couple of jazz records and also some Norwegian children's music from the 70's which I am a big fan of. And I had too many good espressos while crate digging.

What does Record Store Day mean for you?
All days are Record Store Days for us! The people who work at record stores are in most cases very passionate about music so they are the people to go to if you are looking for something new and exciting. So keep 'em open!

Describe what it felt like the first time you saw one of your releases in a record store.
Proud. Excited. And we realized that we were finally out on record.

If you owned a record store, what would you name it?
Pretzel records! Or Records and With it (it makes sense in Icelandic…). Actually, Maggi occasionally runs a kind of a record shop, or a record market, with some other musicians. It's been held three times now in Kex hostel in Reykjavík, and only sells new and recent local releases. Last time there were around 85 titles there. Which says a lot about the vinyl scene in Iceland.

Why would you be an amazing/terrible record store owner?
We are not very good with money so we would probably not last for very long. And also we would have the problem of wanting to own everything in the store.

For more on Amiina