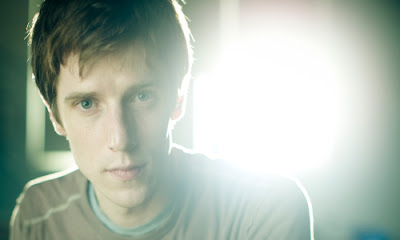 "Small is beautiful."
Daniel Martin Moore loves Plugd Records. And Seal...and Faith Hill apparently. I'll let the gentleman of Kentucky gospel and folk fill you in on the whys and huhs. 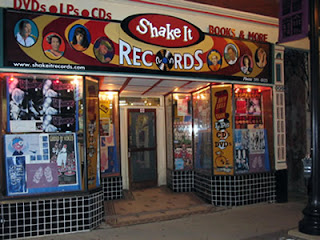 The G-Man: What is your favourite record store, where is it located and why does it hold a special place in your heart?
Daniel: My favorite record store is probably Shake It Records in Cincinnati, Ohio, USA. It was the first real record store that I had the luck of venturing into, and they also helped release my first album, Stray Age, on vinyl. I'll love them forever for that. They also have an incredible selection of music and books and  great staff. It's a music-lovers paradise in there.

In January HMV closed its doors in Ireland yet independent record stores such as Plugd Records (Cork) and Tower (Dublin) live on. What role do you feel local independent record stores play in the community as opposed to large chains?
Man I love Plugd - such a cool store. I think the indies are like any other local business: they reflect the community in which they exist and also, at the same time, help to shape its character. Small is beautiful when it comes to economics - it's a lesson we are all learning the hard way right now as we watch the world struggle to deal with the shortcomings of globalized monetary policy and rough-shod capitalism. It's hard for me to understand why homogenized selection across a chain of mega-stores ever caught on, so I, for one, am glad to see that model fail. Hopefully, in its place, we will see lots of stores like Plugd pop up around the world - whether they be record stores or local-goods grocers or fabric shops or what-have-you. Small is beautiful. 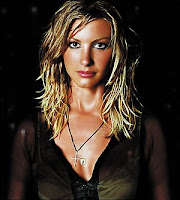 What is the first record you have ever bought?
The year was 1993. My mom took me to K-mart so I could buy Faith Hill's first CD, Take Me As I Am that featured the solid-gold country hit single, 'Piece of My Heart'.  I still love that song.

Being as truthful as you possibly can, what record is your guiltiest pleasure?
'Kiss from a Rose' by Seal. Hands down. It's awesome. And I will sing it at the drop of a hat (or rose).

What would you say to a young music lover who has never visited a record store before?
Get it together, young friend, and make it happen ASAP. You will be so happy! While you're at it, go to a second hand shop and get a turntable and maybe poke around in the attic for your grandparents' record collection.

Describe your last record shopping trip?
I was at a store called Everybody's Records (which also happens to be in Cincinnati, OH). I went there to drop off some records being released by my label Ol Kentuck and, of course, ended up buying an armful of vinyl to take home. The one I'm most excited about is called, Memories of Greatness, Vol. II, The Golden Voice of K.L. Saigal." It's on the Odeon label, was pressed in India, and, says the man who sold it to me, it came in with a huge box of Indian imports and was the last one left in the store. If only I had gotten there a week earlier I might've had them all! The back of the record says that K.L. Saigal started a new vogue in effortless singing and may justifiably be called the first Indian crooner. It's some seriously beautiful stuff.

Describe what it felt like the first time you saw one of your releases in a record store.
It was surreal. Such an honour to see my songs among the stacks.


What does Record Store Day mean for you?
Honestly it's not all that different of a day for me personally because I'm always one to celebrate record stores and the wealth and resource they are to a community of music lovers and musicians. But it is really important to help others take notice of them, and the day is just as much about that as it is for the faithful to come home. I mean, how many places are there in the world where you can have an experience like stumbling across a magical 60 year old album from a different continent and get to take it home with you for a couple bucks?

If you owned a record store, what would you name it?
OK Recordings.