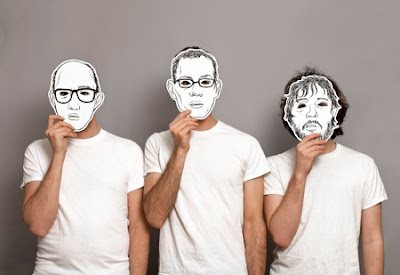 "A chain store is just link in a line built to shove product at you. The local independent record store is a cultural hub. it's a place where you go to learn about music"

April 20th will simultaneously prove to be a joyous and bittersweet record store day for Double Dagger fans as the legendary Baltimore punks sign off with their last ever release 333. It is an absolute honour that before then Bruce, Denny and Nolen agreed to shoot the shit about their favourite record stores. 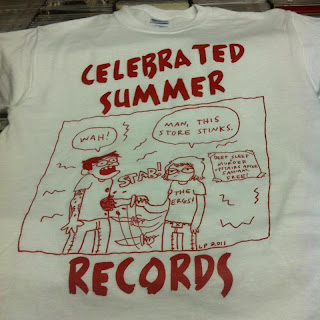 The G-Man: What is your favourite record store, where is it located and why does it hold a special place in your heart?
Nolen Strals: My current favourite is Celebrated Summer in Baltimore, MD. Tony Pence (owner/operator) worked at Baltimore's legendary Reptilian Records in the late 90s when I first moved here, so I've seen him around and bought records from him for years. He has the right attitude about his store: it has a point of view, a focus, but he's not afraid to branch out and show some range. Also he refuses to sell store stock on eBay, even when he gets rare stuff in. Permanent Records in Chicago is a favourite of mine because Double Dagger played some great in-stores there over the years, and the folks who run it are great.

Bruce Willen: One of my favourites here in Baltimore is Normals Books & Music. It's half used-book store, half-used record store with a small, but excellently curated selection of new vinyl. It's nice to be able to pick up some obscure new release by a local band at the same time you're buying a classic used Neil Young record (at a nice price!).

Denny Bowen: I totally agree with Nolen about Celebrated Summer. For me, I would have to add Reckless Records in Chicago and Lunchbox Records in Charlotte to the same rank. I spend way too much money in Reckless every time I am on tour. Lunchbox is in a place where I have some close friends and is always fun to visit and such.

Bruce: It's nice being able to go to a small store and know that the clerks really know what music they're selling. And if they know you and your tastes, they can recommend something new and delicious to listen to.

What is the first record you have ever bought?
Nolen: I'm pretty sure the first release I ever spent my allowance money on as a kid was a cassette of Depeche Mode's Violator. I still have that cassette and it still rules.

Do you visit record stores when on tour? What is the weirdest (or simply most original) record store that you have ever visited?
Bruce: Yeah we definitely visit record stores on tour. Luckily we don't go too crazy with it or we'd all come home broke as a joke. My new band Peals, just played a show at Merle's Record Rack in Connecticut. You won't really find much indie stuff or new releases, but it was a great old-school record shop that also sold refurbished turntables and amplifiers. More shops should offer such a service. 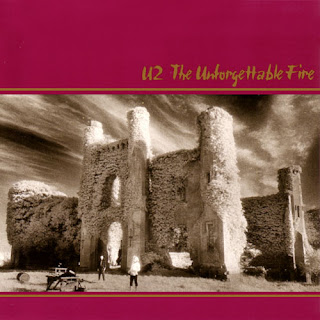 Being as truthful as you possibly can, what record is your guiltiest pleasure?
Nolen: This is totally lame to most people, but I own three copies of U2's Unforgettable Fire on vinyl. I'll always love that band (long story from my early teenage days), no apologies. I know they're utter shit now. But yeah, that record is my favourite because it's the most non-pop (except for 'Pride', the worst song on the album) record they ever made. It has a lot of weird grey area moments that I love. I own three copies because I would get so excited to see it on vinyl I would forget I already owned it.

Bruce: I've been getting really into Neil Diamond lately. His 1960s-era stuff especially is soooo good.

What would you say to a young music lover who has never visited a record store before?
Nolen: Look at the covers. If a band put some real effort into making a cool and unique cover, it's likely they did the same with what's inside.

Bruce: Ask for recommendations. Record store clerks may seem aloof and snobby, but it's usually just because they are shy, socially awkward people who are mainly focused on music. They will be able to turn you onto some great new bands.

Nolen: That's totally true. And nothing can get a grumpy record store clerk to turn into a sweetheart like meeting some young kid who's new to music and asking questions.

Denny: Find anything by Hurl and buy it.

Nolen: I went in to True Vine in Baltimore just intending to look around for anything interesting, and my girlfriend got me Bo Carter's Put My Banana In Your Fruit Basket (Yazoo Records, a great blues reissue label).

Denny: I found a cd by the band Dis - in a budget bin in Austin. I do most of my record shopping exclusively in budget bins. I am not kidding.

What does Record Store Day mean for you?
Nolen: It's a day to pick up some cool records and a chance to hang out with friends in one of my favourite places to hang out with them. Also I like knowing that RSD is a real financial boon for independent businesses, so it's always a good feeling to support them.

April 20th 2013 will be the sixth annual record store day. Any fond memories from previous Record Store Days that you would like to share?
Nolen: My favourite memories from Record Store Day aren't so much about the records I got (though I got some good ones) but are the memories of getting up WAY too early on a Saturday to go stand in freezing rain outside of Sound Garden (another Baltimore store) with my old friend Jesse Morgan and seeing everyone else in line, so excited for the new releases. That line is always a broad collection of folks: middle-aged nerds who probably own thousands of records and could bore you to tears talking about the minutiae of every record they own, people in local bands, people you see at shows, and young kids who got their dad to bring them out early because they're just getting into music and it sounded like a cool thing to do.

Denny: Celebrated Summer and CODA Records (located in Bel Air, MD) did a special advance release last year for a 12" EP of the band I am in now. Two stores that are locally awesome, so it was really rad to do that and make people go to either one to get it if they wanted it. 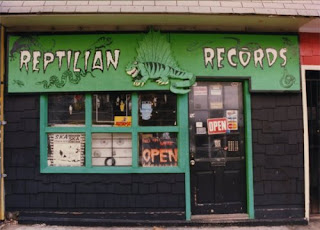 Describe what it felt like the first time you saw one of your releases in a record store.
Nolen: I think the first Double Dagger record I saw in a store was our first 7" or CD at Reptilian Records  the legendary Baltimore record store (now-shuttered) and I was so excited it was almost embarrassing. There our stupid little band was... IN REPTILIAN. Chris X was selling our record! I did a good job of hiding my excitement I hope... didn't wanna look giddy in front of the black-clad, scowling staff.

Denny: I think I saw a CD by one of my first bands end up in the budget bin less than 2 years after it came out.

Tom Waits has said "Folks who work here are professors. Don't replace all the knowers with guessers: keep 'em open, they're the ears of the town." What do you think of that quote?
Nolen: My favourite thing Tom Waits ever said was "I don't wanna grow up," but I prefer it when The Ramones or Hayes Carll are covering that song.

If you owned a record store, what would you name it?
Bruce: Bruce's Neil Diamond Emporium


The final Double Dagger record, 333, will be released on Record Store Day, April 20, 2013! 333 is a limited edition release on vinyl and digital only from Thrill Jockey. The record comes packaged with the DVD of If We Shout Loud Enough, the Double Dagger documentary.


For more on Double Dagger visit: