Take a trip to Seamus Fogarty's Fashion Emporium. Kind of...

A G-Man favourite and the mastermind behind God Damn You Mountain, one of the most beautiful folk records released by an Irish artists in some time, Seamus Fogarty is currently touring the UK with Fence Records label-mates James Yorkston and The Pictish Trail. That is, when he's not snooping around and moving his CDs to the forefront of various record shops... 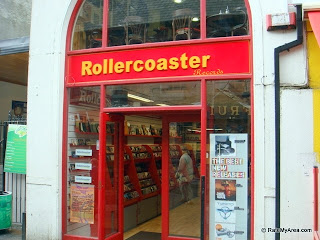 The G-Man: What is your favourite record store, where is it located and why does it hold a special place in your heart?
Seamus Fogarty: Rollercoaster Records in Kilkenny. Why does it hold a special place in my heart? Probably because they sold vast quantities of my album God Damn You Mountain last year, and Willie [Meighan - owner. click here for a record store day interview posted earlier in the week] helped sort my first gig back in 2006 at the Rhythm & Roots festival and has been beyond helpful ever since. And Davy Holland that works there is a good egg too. Always great tunes playing in there and the lads always have plenty of gossip. Go in there yourself if you don't believe me. Évery honorable mentions to Plugd in Cork and Elastic Witch in Dublin.

What is the first record you have ever bought?
Woodface by Crowded House.

Being as truthful as you possibly can, what record is your guiltiest pleasure?
I have an old mixtape of my favourite Irish artists, Mick Flavin, Declan Nerney and the likes, that I occasionally dig out if I'm feeling down. Strictly for after the pub though.

What would you say to a young music lover who has never visited a record store before?
Buy something, and maybe ask the lads behind the counter a few questions about anything. And buy a few special offers too - I still remember picking up Captain Beefheart's first album for a fiver in Golden Discs on O'Connell St, perhaps the best fiver I ever spent. 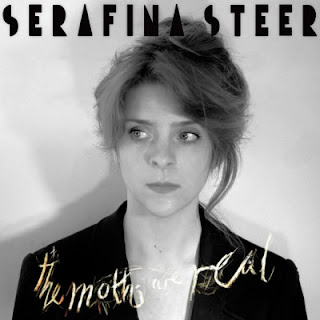 Describe your last record shopping trip?
I've be a bit low on the spondulicks* of late so it's been a while. I live in London so Rough Trade is where I generally go to buy records and I know what I want before I head in there and I have to stick to that. The last thing I picked up was The Moths Are Real by Serafina Steer, quality.

What does Record Store Day mean for you?
Last year it meant my album was delayed because everyone was pressing up records for Record Store Day but I'm over that! I played outside Rollercoaster Records in Kilkenny and it was great. This year I'm on tour in the UK with James Yorkston and The Pictish Trail and we're playing at Rise Records in Bristol at 10am and then another record store in Leeds [Jumbo Records] that afternoon, and I've a new EP that I recorded specially for this tour so it fits in nicely. And a remix I did for James Yorkston is being released on vinyl that day, The Spanish Ants EP', limited run of 200. It's always nice to put something down on vinyl.

Describe what it felt like the first time you saw one of your releases in a record store.
It felt great, it's strange how it all works. Though now when I go to dublin or wherever, I head around to the various stores where my album is stocked to see if I've managed to shift anything and I may slip it to the front of the shelf while no one's looking. I have become a sales rep, but it's cool and it's a good excuse to have a chat with whoever's in that day

If you owned a record store, what would you name it?
Seamus Fogarty's Fashion Emporium.

For more on Seamus Fogarty visit: