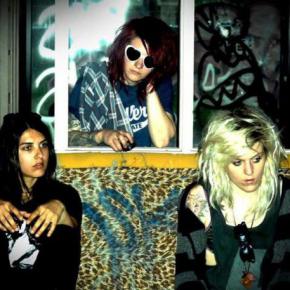 "You know that moment when you slightly pee in your pants? But just a little bit"
Before a European release is granted to their début record later this year, Melbourne scrunge-rockers Valentiine invite us into their version of vinyl world which seems to be dominated by nazis, hovering around the 'V' section and public urination. 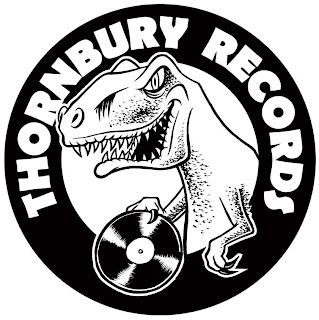 The G-Man: What is your favourite record store, where is it located and why does it hold a special place in your heart?
Valentiine: We would have to say Thornbury Records. It's a local record store started by musicians that we have played with in the past and they have some great stuff. They support the local music scene which is really important.

What is the first record you have ever bought?
Janis Joplin greatest hits on cassette.


Do you visit record stores when on tour? What is the weirdest (or simply most original) record store that you have ever visited?
When we were in Germany we saw a cool looking record store across the road and walked in to find it was a skin head nazi record store. We were very quick to get the eff out of there! But we won't forget it.

Being as truthful as you possibly can, what record is your guiltiest pleasure?
Mariah Carey - 'Vanessa'! I don't have any credibility so I don't give a f**k :)

What would you say to a young music lover who has never visited a record store before?
Don't be nervous and take your time and lots of cash because you never know what you will find

Describe your last record shopping trip?
Greville Street Records. They have heaps of live bands playing in-store. How could you pass up the opportunity to be in a record store AND see a live band up close and personal.

What does Record Store Day mean for you?
It gives a glimmer of hope that people actually buy music. Some people don't realise how important it is to buy hard copies of bands. There's something really personal about that.

April 20th 2013 will be the sixth annual record store day. Any fond memories from previous Record Store Days that you would like to share?
We played at a really cool independent record store in our early days as a band and it felt like the coolest thing ever!

Describe what it felt like the first time you saw one of your releases in a record store.
I was skimming through records when i got to the 'V' section and found our 7" on the shelf mixed with some of our favourite bands. It was pretty exciting. I had to take a photo and send it to the girls. You know that moment when you slightly pee in your pants? But just a little bit.

If you owned a record store, what would you name it?
Not sure if we can tell you that because we might actually open one in the near future :)

Why would you be an amazing/terrible record store owner?
We would be amazing because we would have a massive range of music and support smaller unknown bands. We wouldn't be doing it for the cool factor it would always be about the music and spreading that and also be going out to lots of gigs. We would probably be terrible because we wouldn't actually do any work. We would probably sit around drinking beers and coffee and listening to records but isn't that what it's about?


Valentiine tour the U.K. in June. See here for tour dates.
For more on Valentiine visit: