Posted by The G-Man on April 19, 2013
"If I owned a record store? If someone really wanted an album, but didn’t have the money, I’d just give it to them."
Second only to the Record Store Day mania this Saturday will be the outbreak of highly contagious MDR madness. For more on the soon-to-be-born Irish micro-label simply click here to catch up on a chat I had with head-honcho Colm O'Herlihy earlier in the week. Then click on back to read what big apple folkies Relatives - one of nearly a dozen or so superb artists to sign up for future releases with MDR - think of the upcoming day. 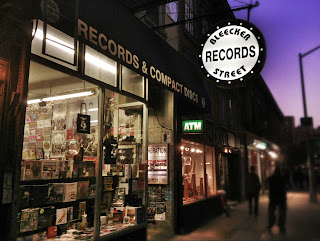 The G-Man: What is your favourite record store, where is it located and why does it hold a special place in your heart?
Katie: There are a few record stores grouped very close together in Greenwich Village: Generation Records, Bleecker Street Records, Other Music. If I can’t find a record I’m looking for in one, I’ll move onto the next. So, not so much one particular store as an area. And luckily it’s my favorite neighborhood in New York City, so I love the walk between stores as I’m on my hunt. By doing this, I feel connected to some of my favorite artists who walked these exact streets and played in venues in this area, especially Patti Smith, Bob Dylan, Lou Reed.


In January HMV closed its doors in Ireland yet independent record stores such as Plugd Records (Cork) and Tower (Dublin) live on. What role do you feel local independent record stores play in the community as opposed to large chains?
Ian: For me, a HUGE one. The biggest thing - and this may sound obvious - but independent record stores can expose people to artists who are not in the limelight: artists who either lack the resources to get their music into the bigger chains (more obscure/reclusive artists, artists without management or label representation, etc.) or the technological/social media savvy to sustain themselves/gain a following on the Internet.

Speaking personally, I know the only way we, Relatives, have our records in stores is because I walked into Other Music in Manhattan, handed them our record, they listened to it, reviewed it, and put it on their shelves - a similar thing happened at Speakertree Records in Lynchburg, Virginia. The Internet is a great resource for discovering new and interesting music, but personally, looking in a record shop has a more wandering and serendipitous nature to it. One thing I love that happens in small record stores - particularly record stores that sell used records - that, for me, does not happen online or in the big chains is this way that a record can call out to you from the shelves. I rarely walk into a record store with the intention of buying a specific record just as I rarely walk into a bookstore with one book in mind. The act of wandering around, perusing through the albums, admiring the artwork, listening to demos until something just pops out at you and you realize you have to buy it. While I was in Plugd last summer I was enjoying some casual conversation and eyeing the shelves when a used copy of Together We're Happy caught my eye. I thought, The Polyphonic Spree? I haven't thought about them in a long time! I bought it and listened to it on the bus ride from Cork back to Dublin as I watched the lush scenery (and all those sheep!!) drift by.

Acquiring a record is a chance occurrence that cannot be recreated in the same capacity by dumping a terabyte of music onto your computer. A specific record finds its way into your hands at a particular junction in your life, you listen to it over and over again until the memories from that time are closely and forever fused with the sounds from that album. When I think of a high school trip to France, I hear the RH Factor; a road trip to Montreal during the summer before I started college, I hear the Arcade Fire; Relatives first cross country tour two summers ago, I hear Age of Adz; a day I spent walking around London last summer, I hear Matita Pere. They become milestones and help to more vividly document memories as well as chart the meanderings of your musical tastes over time.

Katie: It is a much more rich experience to buy an album from a local record store than say on iTunes or Amazon. Buying an album from a record store is almost always associated with a memory—of browsing the store and stumbling upon it or of the anticipation of putting on the new record the minute you get home. When you buy music online, it feels too immediate. You didn’t have to work for it. Record stores create an atmosphere for browsing and congregating. 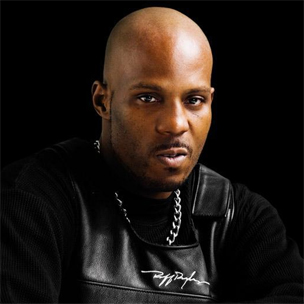 What is the first record you have ever bought?
Ian: Hmmm… that's a tough one. I can't remember the first record I consciously bought. Towards the end of elementary school/start of middle school however, I did acquire a lot of records from my older sister; ironically enough, I gravitated towards her rap/hip hop collection. I loved DMX (I had a massive DMX poster in my bedroom), Xzibit, and - if those aren't embarrassing enough - Ja Rule, Busta Rhymes, and Sisqo. Getting them through my sister allowed me to get the unedited versions where I was able to merrily sing along with such lines as "I got blood on my [blank] cause I [blanked] a corpse"* in their full, majestic glory. Probably the first really formative record I got though that set me on a path better suited for my disposition was Led Zeppelin II. I was obsessed with that record and got BIG into Zeppelin, which led to The Who, which led to Pink Floyd, which somehow led to The Clash.

Katie: The first record that I owned (as opposed to my parents owning) was Elton John’s Goodbye Yellow Brick Road. My father bought me a CD Walkman and this was the first record I played on it (before that, it was all listening to tapes in the car with my parents). I listened to the song 'Crocodile Rock' over and over. I remember wondering if I would eventually run out of plays.

Do you visit record stores when on tour? What is the weirdest (or simply most original) record store that you have ever visited?
Ian: We try to stop in as many local record shops and bookstores as we can while on tour. Plugd in Cork left a lasting impression. Amoeba in San Francisco is great, but maybe that counts as chain size? I bought a Peter Sarstedt record at a lovely shop in Boston called In Your Ear. There's a nice record store in Woodstock, New York where I got a Roger Miller record that is played quite frequently; another one in Portland, Maine that had a cozy, warm feel to it. I've gotten some good records at Generation Records in New York and of course, Other Music is great for new/more obscure stuff. They're all wonderful and I wouldn't wish any of them out of existence.

Katie: Speakertree Records in Lynchburg, Virginia was a special place to me. It was owned by a guy named Brandon who was only 20 years old. I really liked his positive attitude and his commitment to owning his own business (which he was obviously passionate about curating). We actually played a show in the record shop, which was a fun experience.

Being as truthful as you possibly can, what record is your guiltiest pleasure?
Ian: Probably the new Justin Timberlake record.

Katie: Probably The Strokes' Is This It. It's a pretty goofy record, but I love it and love dancing to it.

Katie: It’s like going to a bookstore, you’ll learn about music you’ve never heard of just by browsing. 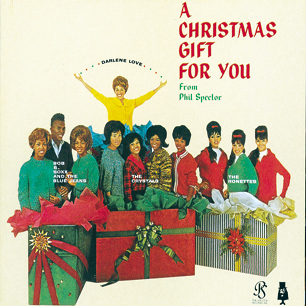 Describe your last record shopping trip?
Ian: I'm probably overdue for one at this point, a memorable one I had recently happened during the lead up to Christmas last year. I was in Ann Arbor, Michigan visiting my girlfriend. I have a geekiliy strong love of Christmas music (I write/record a Christmas album every year for my family) and she has a great record collection at her apartment, but no Christmas albums. We stopped in a record store on a blustery afternoon and stocked up on Elvis's Christmas Album, The Beach Boys' Christmas Album, A Christmas Gift for You from Phil Spector, and Christmas with Mahalia. We walked home, made a pot of coffee and curled up by the record player.

Katie: I was in search of Bob Dylan’s Blonde on Blonde on vinyl and found it at Generation Records in Greenwich Village, rushed home and put it on. I lay on my bed staring at my purple ceiling and listened to the whole record (two disks double-sided) without doing anything else. Listening to a record all the way through while doing nothing else creates a memorable experience; I think of that memory every time I listen to Blonde on Blonde.

Describe what it felt like the first time you saw one of your releases in a record store.
Ian: It felt really cathartic and encouraging. It made me feel like our music was being treated with respect, regardless of whether it was selling or not. Just seeing it on the shelf validated what we'd been working on.

Katie: Our record was first on the shelves at Speakertree Records in Virginia. Our music was finally tangible!

Tom Waits has said "Folks who work here are professors. Don't replace all the knowers with guessers: keep 'em open, they're the ears of the town." What do you think of that quote?

Katie: I’d say that’s very true. Most record store employees are expert listeners—great to go to for recommendations. In high school, a record store employee recommended Elliott Smith to me. At the time, I had never heard of him, so I bought a record and went home and listened. I’ve loved his music ever since and think about that employee every so often when I listen to Elliott Smith.


If you owned a record store, what would you name it?
Ian: hmm… maybe Scapegrace Records?

Why would you be an amazing/terrible record store owner?
Ian: I like to think I'd be good but I'd probably not be very good. More on account of practical considerations; I don't know how to balance books too well and am a bit cursory when it comes to filing taxes. I think I'd also be too tempted to give records away to anxious-looking young people.

Katie: I think I’d be good at curating and would make the place cozy and inviting. I’d also play great music in the store, have bands play occasionally and give good recommendations. But like Ian, I’d probably not be good at the practical aspects. If someone really wanted an album, but didn’t have the money, I’d just give it to them.


For more on Relatives visit: