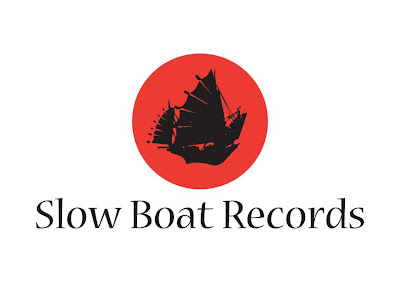 Specialising in everything from rock and pop to metal and soul, Slow Boat Records - Wellington, New Zealand's longest serving independent music store - has drawn on every drop of its staff's expertise in modern times to ensure the New Zealand store's legacy (at last count SB Records are in the business 27 years) continues to grow and prosper. Steps taken include the opening of an online store to allow international buyers to peruse their wares and the broadening of their rare and collectable vinyl and CD blanket. Slow Boat's Jeremy Taylor chats about life in the Wellington shop. 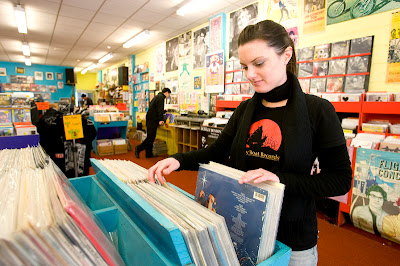 The G-Man: April 20th 2013 will mark the sixth annual record store day and indie stores all over the world are still going strong. What does it mean to work in a record store in 2013.
Jeremy Taylor: I grew up with the culture of the record store informing my love for music. I can remember all the key people who informed my fledgling musical palate – most of them are still great friends. Record stores are to the real music lover what churches are to the God fearin'...

How many of the past five RSDs have been celebrated in your store?
Every year seems to have been bigger and better than the previous year here. We always have instore performances, giveaways and limited Record Store Day releases – it’s awesome!

What do you feel sets your store apart from all the rest?
Slow Boat is a bit of a Wellington institution. We have worked hard to stay relevant and a part of the local musical scene.

In January HMV closed its doors in Ireland with many closures in the UK to follow yet independent record stores such as Plugd Records (Cork) and Tower (Dublin) live on.
What role do you feel local independent record stores play in the community as opposed to large chains?
Local indie stores are just so much closer to the pulse than the big chain stores with a much more sustainable business model than places which are solely price driven. Also, there's just more love, and passion, and knowledge here.


What kind of original ideas does your store come up with to entice folks to buy music?
Stocking really good stuff, and carrying a wide array of not just classic titles (The Doors, Love, Van Morrison etc), but the 'next tier' – catalogue titles by people like Bobby Charles, The Guess Who, XTC etc. Also, stocking more vinyl than ever before!

I love it when the guys from my local record store greet me with "I've got a record I know you are going to love"! In what ways do you try and personalise your service for specific customers?
You get to know what some people will like over time – I love doing this for people. I often just put things aside for people who I know and will like them, many of them will purchase on spec. Some people phone ahead and tell us when they are coming in so we can choose some music for them ahead of time.

When on holiday do you like to go snooping around other stores? Excluding your own, what is your favourite record store?
I love Amoeba in San Francisco.

Reveal one fact that not many people know about your store.
Slow Boat used to be a bank, and all our back-up LPs are housed in an old vault that is so full the door won’t close!

In the 90s, record store staff gained (be it rightly or wrongly) a reputation for being moody, elitist and unapproachable. In what ways has this attitude changed? If any!
I think we get a lot more females record shopping now, where it used to be a bit of a dude-zone. I would say women between 15-40 are the new vinyl power-players – maybe guys are more hung up on filling up hard drives with MP3s they’ll never listen to?! Also, I think the people who shop with us now are less likely to be trying to trump the record store guys – it's more of a mutual exchange – I get tips for music I'll love from customers all the time. 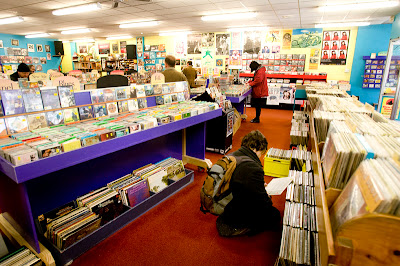 Many of the next generation (and probably the current one) do not buy physical records as they simply have known no other way. What do you feel these kids are missing out on?
I am concerned that they will never know the sense of community that comes form the record store as a meeting place, and temple. Where will bands form?

What does Record Store Day mean for your store?
It means a massive day, celebrating our continued survival, our independence, the love of music, and the wisdom and good grace of our customers who have remained loyal to us over our 27 year history.

What RSD releases will you be trying to slip into the bag before the store opens on April 20th?
I am keen on the No Alternative LP, the McCartney 'Maybe I’m Amazed' 12', and The Cure's 'Kiss Me' on red vinyl.

What kind of treats have you got lined up for Record Store Day 2013?
This year, we have instore performances from The Clean’s David Kilgour, US blues man Watermelon Slim and local folk trio Eb & Sparrow. There will be giveaways and prizes, and a swag of limited RSD releases.